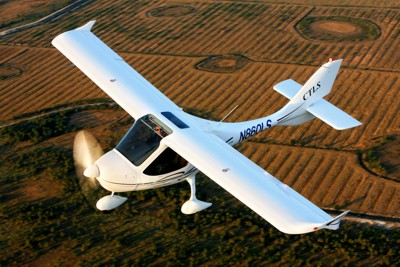 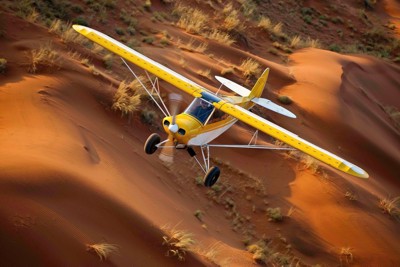 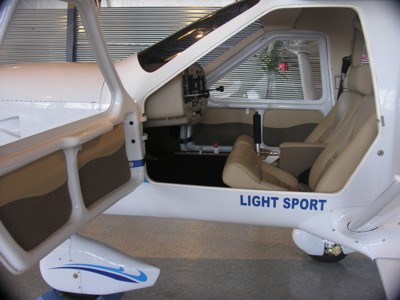 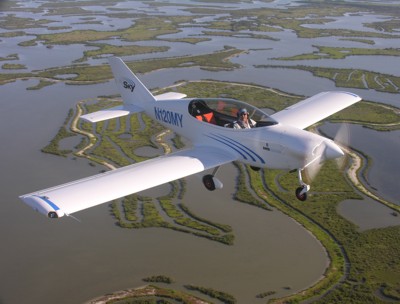 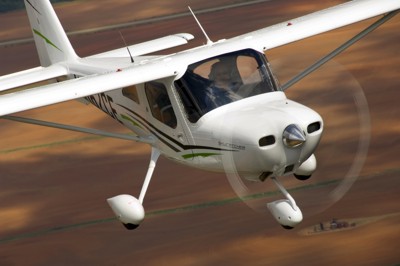 Any Light-Sport Aircraft (LSA) must fit within the following parameters: A maximum of two occupants, a maximum take-off weight of 1,320 pounds (seaplanes can weigh 1,430 pounds); a 45-knot clean stall speed; a 120-knot top speed at maximum continuous power; a single, non-turbine engine; and fixed landing gear (though amphibious floatplanes can have “repositionable” gear). Some are called Special Light-Sport Aircraft (SLSA) if they are fully manufactured and ready-to-fly. A manufacturer can also offer a kit aircraft based on the SLSA; it’s called an Experimental LSA or ELSA.

Balancing the many positives, one of the challenges of beginning a new sector of aviation is that potential customers want to be sure about any new airplane they wish to buy. Since these LSA are not government certified, how do you know what you’re buying? It’s a reasonable question and through three steps we’ll try to provide some basics of the process. Thanks to Tom Gunnarson for the following simplified explanation (written before Tom joined the FAA).

How Does This Work?

Step Two – Once an aircraft meeting the LSA definition and complying with all ASTM standards is produced and all documentation is prepared, the manufacturer (or agent, if the aircraft is imported) can request an airworthiness inspection of the aircraft from the local FAA office-either a Manufacturing Inspection District Office (MIDO) or Flight Standards District Office (FSDO). Before the inspection, the manufacturer meets with the MIDO or FSDO to review the compliance documentation.

When the designated airworthiness representative (DAR) or FAA inspector finds everything in order, he or she will issue an airworthiness certificate and operating limitations. The aircraft is then ready to supply to a customer.

Since FAA wrote the rule allowing LSA to be industry certified – saving itself much time and money and putting this burden on industry participants around the world – you could assume FAA was favorable. They are!

In an official FAA news publication, author Susan Parson wrote, “One of the reasons for the rapid growth of the LSA is the industry’s use of industry consensus standards developed through ASTM International. This approach allows for more rapid design changes and for quicker incorporation of changes and features resulting from safety findings. It is also consistent with a national policy that directs U.S. government agencies to use voluntary consensus standards in lieu of unique-to-government standards wherever possible. This practice helps eliminate the cost of developing separate government standards and decrease the cost and the burden of complying with agency regulation. FAA and industry will continue to develop and upgrade ASTM LSA standards as circumstances require.

“Because regulation of the LSA industry is so different, here’s a quick review of how the consensus standards process works. It’s important to understand that the industry has been asked to take more direct responsibility for developing and maintaining standards for design, manufacturing, and continued airworthiness. Industry chose ASTM International to facilitate the development of standards for LSA. ASTM established the F37 Committee on Light-Sport Aircraft in 2004. Any interested person – worldwide, professional or user – can join the F37 Committee. Several FAA employees participate on the committee in the standards development process, but FAA has only one official voter. The Committee revises existing standards or develops new ones in response to demand, regulatory requirements, or ASTM protocols.

“Here’s where it gets a little tricky. ASTM provides its approved standards to FAA, but FAA does not “approve” ASTM standards. Rather, the agency “accepts” them and publishes its acceptance in the Federal Register. The agency also updates the LSA standards matrix on the FAA Web site’s Light-sport Aircraft page.

“A final point: ASTM standards are not regulations. However, SLSA are required to be manufactured according to the accepted consensus standard. That means that the SLSA manufacturer must monitor and correct safety-of-flight issues through the issuance of safety directives. The manufacturer must also have a continued airworthiness system that meets the identified consensus standard. The owner or operator of an SLSA must comply with each safety directive applicable to the aircraft, unless he or she uses an acceptable alternative means of compliance or obtains an FAA waiver from the provisions of the safety directive.”

The Big Question| Is It Working?

To know if the idea of industry consensus standards is working, why don’t we consult the top man in the FAA. Doesn’t it seem likely that the boss would be well informed?

Via three major public speeches in the last year FAA Administrator Randy Babbitt has maintained a positive view of Light-Sport Aircraft and the industry which produces them.

At a speech given in Oshkosh, Wisconsin during EAA’s largest-in-the-country airshow, Babbitt complimented the LSA safety record. That was the event called AirVenture in July of 2009. Babbitt repeated similar congratulatory remarks in a public speech at Sun ‘n Fun 2010, the country’s second largest airshow.

Again, just a couple months ago Babbitt tripled-down at AirVenture 2010. According to Aviation Week reporter Fred George, “More than 300 EAA members stuffed the ‘Meet the Administrator’ forum at Oshkosh on Thursday, July 29th, welcoming FAA administrator Randy Babbitt with unusually strong applause. He said he was ‘so impressed’ with the success of Light Sport Aircraft in the aviation industry. According to Babbitt, the LSA safety record is ‘marvelous.’ He said that the government / industry partnership in developing the LSA standard was a prime reason.”

Another reporter heard it similarly. Mary Grady, writing for leading aviation Internet publisher AvWeb, observed, “FAA Administrator Randy Babbitt… took some time to express his satisfaction with the sport pilot / light sport aircraft experiment. Regarding LSAs, he said the safety record is ‘marvelous,’ and people in the industry ‘have done what they said they would do.'”

Should You Go for It?

So, after five intense years of effort by this new industry, the top FAA man recently chose the word “marvelous” to describe how well the grand experiment is working and this term is consistent with his earlier remarks.

While a new industry strives to organize itself better and better, those who have worked long hours to build the new segment feel satisfied they’ve done well, according to experts. Therefore, customers examining the impressively large and widely diverse flock of Light-Sport Aircraft can be reasonably assured they are buying worthy aircraft.

Talk to an aircraft representative, ask plenty of good questions, and get independent advice as you carefully consider any purchase. Once you decide to go for it, you can expect fun in the sky at a price you can afford.