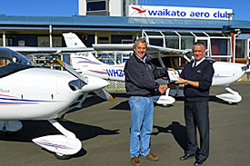 Tecnam delivers a pair of P2008 LSA to a New Zealand school and club. 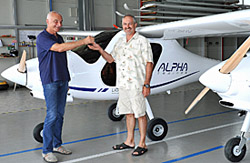 Pipistrel leader Ivo Boscarol gives the keys to the owner of a Russian flight school. 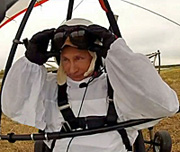 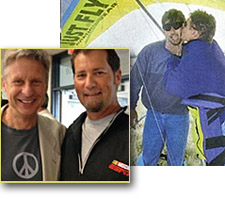 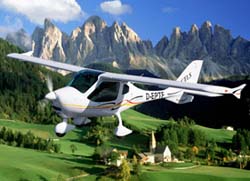 Flight Design’s new “European Adventure” program allows CTLS buyers to travel to Germany, pick up their LSA, and fly it around Europe in a guided tour. 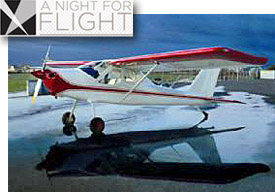 You can enter a bid on this P92 Taildragger in the AOPA Foundation online auction.

My European associate and friend, Jan Fridrich, coined a phrase a few years ago: “Global LSA,” he said, meaning the ASTM standards set could be used in any country and thereby create a worldwide market for recreational aircraft. Already a few accept the standards and many are considering or are already using some variant. So, in this post, let’s review some international successes for LSA.

Tecnam is one of the most prolific of all LSA producers and not just because they have multiple approved models. Recently, they sold a pair of P2008s to New Zealand. Waikato Aero Club CEO Richard Small said, “The new planes have a number of advantages over traditional aircraft. Manufactured from modern materials [Tecnam] planes are more fuel efficient and quieter. They also have full electronic flight display screens. Our pilots are thoroughly enjoying the upgrade.”

Speaking of the former USSR, did you hear about Russian president Vladimir Putin — who likes to perform various macho stunts — training to fly a trike with migrating Siberian white cranes? How often does a national president enjoy recreational flying? Along those lines, how about the Libertarian candidate for U.S. president, Gary Johnson? My friend GW Meadows recently posted photos on Facebook of him giving a tandem flight to Johnson some years ago and the triathlon athlete candidate has also flown paragliders.

Back to the world of LSA, Flight Design has announced a fascinating new program where U.S. buyers of their CTLS can pick it up in Germany and fly around the continent with a guide and then have it shipped back to America… much like similar programs for automobiles. Company spokesman John Doman said, “Flight Design’s carefully selected, experienced and multi-lingual tour guide pilots will seamlessly handle the local details, enabling you to quickly become comfortable in your new environment and focus on the fun of flying in your own aircraft above the historic and breathtaking landscapes of Europe!”

Interested in a new P92 Taildragger? While not a sweepstakes giveaway, you might get a decent deal and help a worthy cause. AOPA Foundation’s “A Night for Flight” online auction will generate proceeds to benefit the Foundation’s mission to preserve general aviation now and for future generations. Bidding ends on October 13th. Tecnam has donated the right to purchase, at a substantial discount, a brand new Tecnam P92-TD Taildragger with a value of $153,000. AOPA said, “The difference between the final winning bid and the discounted cost of the basic aircraft will be donated to AOPA Foundation.” Bidding starts at $119,000.