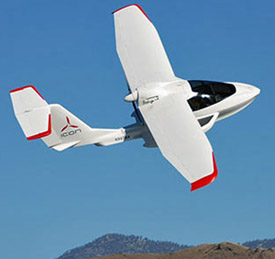 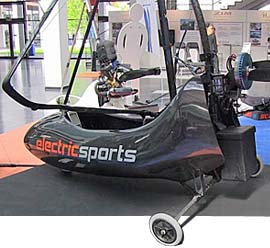 A weight shift trike powered by an electric motor. 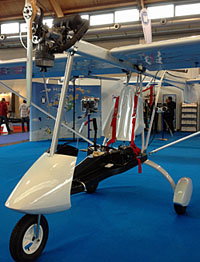 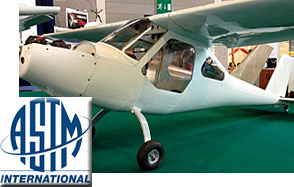 The Merlin Micro is a single seater that might qualify as a Sub-120 aircraft under ASTM standards being written. 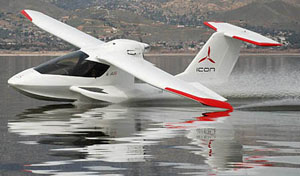 Several aviation sources recently carried news about Icon Aircraft and their A5 LSA seaplane development. Icon Aircraft has been waiting — surely with increasing impatience — for FAA to answer their formal request for exemption to the Light-Sport Aircraft gross weight parameter. FAA normally replies in 120 days, however, more than a year passed and all that arrived was a request for more detail. One can imagine the cries of angst at Icon. Many have wondered when (or if) this handsome aircraft will go to market but if you were part of their leadership, what would you go into production with … a 1,430-pound seaplane or one at the new requested weight of 1,680 pounds? Either way, what if FAA later changed their mind about an exemption they might grant. Recent news about the IRS makes us all aware government agencies don’t always operate as we expect. What a vexing situation for Team Icon.

Then … as though from a different world, here comes Europe’s Sub-120 kilogram class. These are very lightweight aircraft — 120 kilograms is 260 pounds — and this new sector was given life when Germany granted the new category relief from more onerous regulations used for larger, heavier aircraft. To compare, America’s FAR Part 103 allows 254 pounds (115 kg) of empty weight. The U.S. rule does not count a stated amount of weight for an emergency airframe parachute or floats. Contrarily, German regulations require parachutes but do not allow any extra weight for such devices in Sub-120 aircraft. The two provisions define remarkably close maximum empty weights.

Part 103 has been in effect in the United States for more than 30 years with a small but loyal population of pilots who enjoy flying these lightweight machines. In the U.S., no pilot license or medical is required, no N-numbers are needed, and the aircraft can be bought ready-to-fly, often for very low prices. It is the freest form of powered aviation in the country. See these videos for examples of Part 103 ultralights: Aerolite 103; or Firefly; or Backyard Flyer. Many other choices are also available.

At the Aero 2013 meeting of the standards writing group, a new ASTM subcommittee was created to deal with a requirement that Sub-120 aircraft meet a standard. Why was this necessary? A German official, stated that while the German LBA wished to “deregulate” these Sub-120 kilogram aircraft, they would nonetheless have to meet some standard. I suppose that’s the government way of not regulating in rule-oriented Germany, but at least it slightly relaxed their grip. The new committee is numbered F37.80 and will deal with “Air Sports Products.” Similarly, in the USA our FAA refers to Part 103 flying machines as “ultralight vehicles” rather than “aircraft.”

So, Icon is asking for 250 pounds more (114 kg) to be added to the 1,430 pounds (650 kg) they’re presently allowed, while a German industry group called DULV is working on a standard for aircraft weighing less than 260 pounds in total empty weight. Perhaps these dual requests illustrate the main message. Even though governments here and abroad are still very much involved in regulating aviation, they have stepped back a few inches (or centimeters) from complete control. When the FAA first released the Sport Pilot/Light-Sport Aircraft rule in 2004, it unleashed the most explosive pace of development aviation has ever seen, worldwide. More than 130 new aircraft models of every description came to market in only eight years. If the government, here and abroad, would step back another yard (meter) or two, who knows what might happen? Good luck to both Icon and DULV as they pursue their chance at greater aviation freedom.