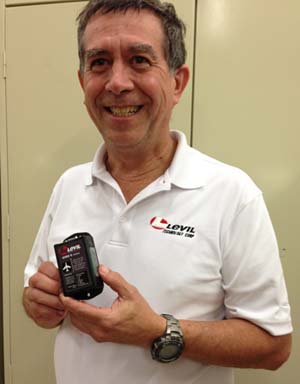 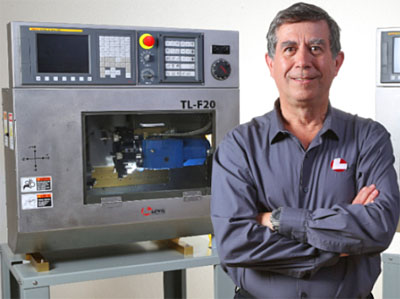 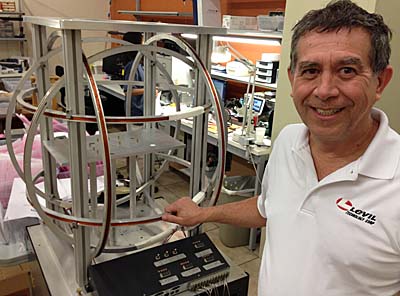 Start Wars fans can be excused for thinking this is a miniature Death Star but it is actually a calibration device. 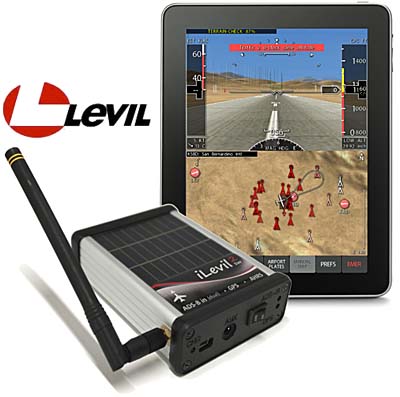 Levil devices found a powerful ally in the Apple iPad. One LSA has been fitted with three such devices as the only instruments. Pictured is iLevil2 SW

If you ever read newspapers or watch network news, you can hardly avoid hearing about the meltdown in Venezuela following the early 2013 death of Hugo Chavez. That Cuba-emulating country was taken over by Nicolás Maduro and things deteriorated quickly. I start the story of Levil this way as I recently visited their Oviedo, Florida facility and I had to wait until proprietor Ruben Leon returned from travel. When I arrived at Levil headquarters I found he had returned to his former home, Venezuela, to vote in the elections. The elections won by the opposition served notice on the Maduro administration that his countrymen are fed up and want change.

How this all relates to the business of Light-Sport Aircraft products is a tale of one man’s resolve and determination. I found it fascinating and hope you will, too.

After completing his education, Ruben sought work in a country where finding a good job can be a challenge. As a bright, young fellow with an education he did find work but realized this was not as fulfilling as he wanted. Over time, he ended up starting a machine shop enterprise that continued for many years … until the arrival of Chavez in 1999. For a time, things worked for Chavez, a self-described Marxist who used oil revenues to pursue a socialist agenda, nationalizing industries and implementing social programs. However, the economy began to decay with increasing speed. As Chavez policies intervened, Ruben saw a dimming future and chose to leave his home country.

Ruben still owns the machine shop in Venezuela but he turned it over to his employees. However, that shop continues to make machine parts for some of Levil’s line of small CNC machines.

After a stop in Miami — that gateway to so many from South American countries — Ruben and his family ended up in Oveido on the northern outskirts of Orlando, Florida. Most Americans have no real idea what it is like to leave their home country and to essentially start all over. However, like other high-achieving immigrants, Ruben is powerfully motivated and was willing to learn new skills and take the risks necessary to succeed.

Ruben started his U.S.-based career building tabletop computer-controlled machine tools or mills. Levil’s machines — a little larger than a home microwave — are designed for small machine shops, jewelers, educational institutions and R&D laboratories that want to fit a complete CNC system into a small space.  The machines feature servo-control technology that enables high speeds and precision when machining small parts or prototypes made of a variety of materials, including plastics, aluminum and steel. Though small in size, Levil’s machines aren’t limited to small volume manufacturing. For example, the company’s second biggest customer in Malaysia uses their Levil machines for round-the-clock manufacturing of tiny plastic lenses.

While I found the small CNC machines interesting, my focus was on his aerospace devices. Now 60 years old, Ruben’s efforts have developed these twin high-tech niches. He enjoys serving as head of R&D for the two companies he launched in America. While he remains the leader of the business, Ruben’s “desk” is actually a workbench crammed with works in progress. I was most impressed with his versatility and drive. When he doesn’t know something, he throws himself into study and in seemingly short order, becomes expert in the endeavor. He is backed by family members who serve roles inside the company.

Turning to Levil‘s aviation business, Ruben said, “It didn’t start out as a business venture.” With a partner, Ruben fabricated a homebuilt aircraft, pictures of which adorn his walls. “There were a bunch of instruments I wanted to put on an airplane I was making,” started Ruben. “The instruments were expensive. I decided I could make them for a lot less money than I could buy them.”

Being a creative and restless entrepreneur, Ruben devised instruments that others admired and he thought to take some examples to an airshow to see how the market responded.

At one of these event, he showed one of his instruments to representatives of a big aviation company. “They liked it and asked him to build one customized for their need,” recalled Ruben. The helicopter company needed FAA certified instuments, a process then unknown to Ruben but, as usual, he threw himself into the effort and gained approval for what became on ongoing product.

His daughter, Ananda Leon, now works the airshows with her father. Ananda grew up flying with her father and is now a private pilot herself. “We started selling aviation products in 2008,” Ananda remembered. “That was the year I graduated from college, and I started working for the company.” Her focus is on the software side. With the introduction of Apple’s now-ubiquitous iPad, Levil’s special ability with electronic gizmos opened the door to a new line of products.

Today Ananda is General Manager and Chief Software Engineer of Levil Aviation. The Florida company manufactures standalone Attitude and Heading Reference Systems (AHRS) boxes that are designed to replace conventional mechanical flight instruments. The arrival of glass cockpits a few years into the LSA phenomenon followed by the iPad in 2010 provided the power to move Levil’s aviation enterprise forward.

The company claims to have developed the first iPad-compatible AHRS for general aviation. (Some others were in the game before, but had focused on supplying GPS signals, not digital flight instruments.) “All of your instrumentation can now be contained in a little box with a WiFi chip that sends flight data to an iPad,” said Ananda. With a smartphone or tablet — Levil now serves Android as well as iOS — she added, “Basically, you can have a full panel in the palm of your hand.”

Levil’s current line for LSA and Experimental aircraft includes the following products — Sport, iLevil2 SW, and iLevil2 AW. Here is a summary of their capabilities and other specs: