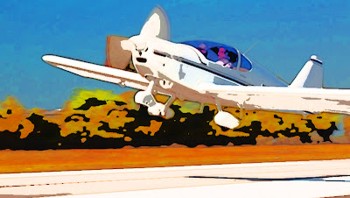 LSA like this Alto 100 can surprise GA pilots ***  with robust takeoff performance. 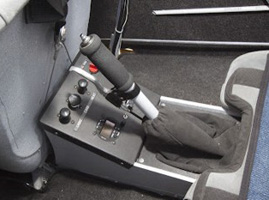 Many GA pilots have never flown an aircraft with a stick 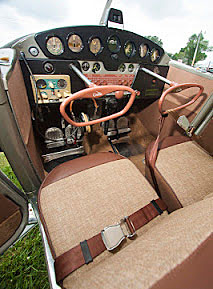 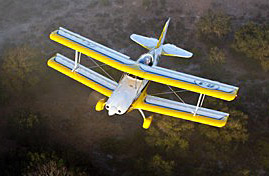 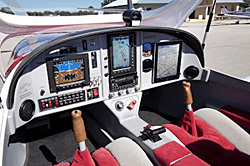 Full EFIS cockpits are standard for many LSA cockpits

Time to wrap up this week’s discussion with John Lampson, CFII and veteran Flight Design CTLS instructor. *** Our topic: How and why are LSA different than GA airplanes and what transition challenges do they present for experienced GA pilots?”LSA really perform,” says John. “When you add power in the CT, it wants to just leap off the ground. That’s not true of most heavier GA airplanes.” *** “As I said earlier, GA experience shouldn’t hold pilots back in an LSA. But I’ve noticed they’re often surprised at the lighter, more dramatic, responsive feel of LSA, especially when they make the exact same control inputs that they’re used to for a GA airplane.” *** “New pilots on the other hand, with no prior flying experience, have no preconceptions. I can teach them from the ground up. They don’t have to combat and unlearn those old habits first.” *** Does that mean baby blue students get with the program quicker? “Not at all. The brand new pilot still has the whole ‘learning to fly’ curve to climb, while the seasoned GA pilot just needs to amend some ingrained habits. It’s called the Law of Primacy: things that are first learned are best remembered… and can be difficult to unlearn.” *** “But I sure don’t mean to scare away GA pilots”, he hastens to add. “Most of the time they do just great, there’s just some transition time needed, to make individual adjustments to these new aircraft.” *** “I have had pilots with thousands of hours expect that all they’ll need is a quick, ‘around the patch’ flight, rather than any actual training.” *** “Usually, they’re surprised at how different the LSA is once they get in the air.” *** He recounts a recent flight with a gentleman he unabashedly describes as “a phenomenal pilot. I’d wanted to fly with him because I expected I’d learn something. But he expected I would just sign him off without flying. ‘Let’s go up for just half an hour,’ I said.” “After we landed, he said, ‘Wow, I’m really glad we did that! It’s worth it to go up with someone who knows the plane better I do.’ Obviously I didn’t teach him how to fly; he did really great in the CT. But his whole attitude toward LSA changed after that flight.” *** John points out some adjustments specific to the CTLS that illustrate the general idea that proper transition to LSA flight is important: *** “The sight picture forward takes a bit of getting used to during taxi, takeoff and landing.” *** I struggled with this myself: the short, puppy dog-curving nose sets up a false sense of where straight ahead is that gave me problems, particularly on landings. I’d slide into final thinking I had the wheels lined up straight down the runway, and was surprised to find I as several degrees off, putting a bit of a side load on the tires. That took awhile to adjust to. *** “You sit in a little more reclined attitude too,” John continues. “It’s a little more sporty than many GA planes.” *** “Also, we forget sometimes that some GA pilots people have never flown using a stick before. That yoke-to-stick transition can take a bit of time.” *** “And again, the sheer performance of it: it’s simply a quicker, more sensitive airplane. People are always surprised, pleasantly of course, by the climb performance and dramatic deck angle. We get 1200 to 1500 fpm sometimes in the CT.” *** “‘Hey, I didn’t expect that from a 100 hp engine!’ is something I hear all the time.” *** Engine rpm is another surprise. *** “GA pilots are used to 1700 rpm for runup and 2400 rpm for cruise. In a Rotax, which is a reduction drive-geared engine, the numbers approach twice that: 4000 and higher for cruise, 3000-4000 rpm for run up.” *** “Glass panels present another challenge for transitioning pilots.” *** Since LSA don’t require FAA certification for EFIS (Electronic Flight Instrument Systems), there’s a proliferation of affordable “glass” cockpits in the industry. They’re not nearly as common in the existing fleet of GA cockpits, especially in training airplanes like the C-172 that have been around forever. “ Everything in LSA is moving away from steam gauges,” says John. “Not only do LSA perform differently, but there’s the whole visual difference in the cockpit to learn. Students can feel overwhelmed by having to hunt for the altitude, airspeed, turn and bank and other indicators are on the screen, not to mention how to hit the right buttons to change the displays. Getting used to EFIS screens can be more challenging for Cessna and Cherokee pilots than the performance difference.” *** “It all boils down to this: I tell new students, first timers and veteran GA pilots alike: ‘Don’t even worry about trying to absorb the EFIS avionics today; let’s fly the airplane first. It’ll quickly become very familiar and easy to digest once you’re exposed to it a bit.’” *** Many thanks again John for sharing your expertise!