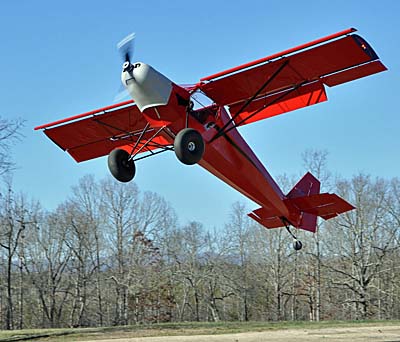 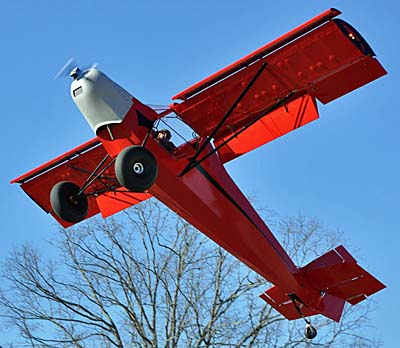 When propelled by a UL Power 520 engine, SuperSTOL Stretch XL can climb 3,000 feet per minute! 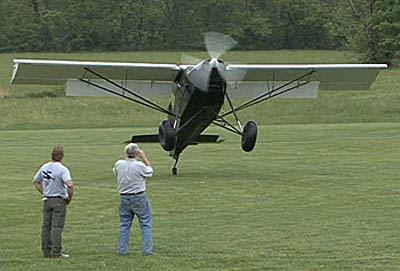 SuperSTOL has been impressing pilots since its debut. photo by Wayne Whitley; Stretch XL photos courtesy of Just Aircraft

Boeing does it. Why not Just Aircraft? Of course, a stretched Boeing only transports more people somewhere. The experience is not more fun … maybe less so. Flying in a Just airplane will put a huge grin on your face and now it is a lot more likely to do so. Having experienced SuperSTOL with 100 horsepower, I can’t wait to get a shot at one with (trumpets blare here) 180 horsepower. Hoo-Rah!

A plain old — but still exciting — SuperSTOL is powered by the 100 horsepower Rotax 912 which weighs approximately 165 pounds, with accessories, or the 115 hp Rotax 914, weighing 175 pounds. UL Power’s six-cylinder 520 model weighs 255 pounds and the Lycoming O-320 is 315 pounds. Such a significant weight and power increase required Just Aircraft designers to lengthen SuperSTOL into the “Stretch” model. The new model allows installation of other engine types weighing up to 315 pounds the company said. “Appropriate engine mounts and redesigned cowlings will accompany the SuperSTOL Stretch XL kits.”

After completing phase one flight testing Harrison Smith said, “This is one of the first aircraft in the world with a UL Power 520 engine, rated at 180 horsepower.” He reported an increase in the rate of climb and cruise speeds.

Even with a major boost in power, SuperSTOL is not meant to be a speedster. You want fast? You are lucky; you have many other choices. Just’s SuperSTOL delivers a particular kind of flying pleasure: fast takeoffs, thrilling climbs, and the shortest, softest landing you can imagine. You literally have to experience this aerial phenomenon to truly grasp its capabilities. Our video helps explain the configuration and convey the feeling.

Speed is not the only objective for pilots even while it may be a passion for many. A recent survey of AOPA members reported in the big association’s eBrief news aggregator reported answers to the question, “How far do you fly on a typical flight?” The answers appear below and suggest most pilots (61%) could be mighty happy tooling around in Just Aircraft’s SuperSTOL. (Sign up for eBrief.)