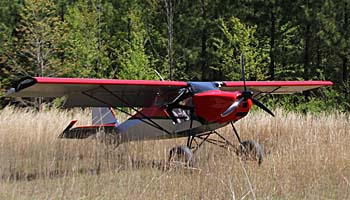 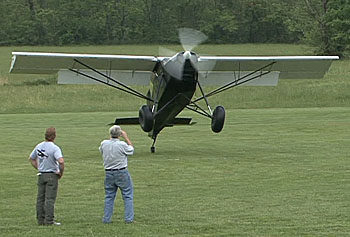 Come along with us as we fly the SuperSTOL and enjoy some unusual video angles. photo by Wayne Whitley

How do you take a laid-back approach to create a super exciting airplane? Schucks … it appears easy as falling off a log. The oversimplification denies how much energy and effort went into SuperSTOL. Because the folks at JustAircraft seem to be the most relaxed designers in America, don’t be fooled. Plenty of customers have seen the light that emanates from Walhalla, South Carolina. From the company’s unusual factory airstrip to the jaw-dropping performance of their super-duper STOL aircraft, Just Aircraft is a company you can’t — or at least shouldn’t — ignore. To gain more flavor of the extreme-looking but easy-flying aircraft, Just’s website has several videos that might fascinate you.

“Since the company was formed in 2002, Just Aircraft was focused on developing an aircraft that would excel in back country performance,” the company announced recently. “Starting with the Escapade, the company began shipping out kits. The Escapade is still supported by the factory and kits are still being shipped out, though the sales were quickly surpassed when designer Troy Woodland introduced his next design, the Highlander. The STOL performance of the Highlander accelerated recognition of the company, attracting an ever-increasing number of recreational pilots.” On a roll, Troy expanded on the company’s success this past year with the SuperSTOL, their leading product today.

SuperSTOL, a two place, high wing, tube and fabric creation, grew the company’s sales tally to more than 450 kits. “Within a year, we shipped out 25 kits of the new SuperSTOL and over half are now flying,” reported Just Aircraft. The short time between delivery and flight is testimony to the speed with which the kits can be transformed into an airworthy aircraft. Based on my own experience flying with Troy, SuperSTOL can easily and repeatably live up to its name with impressively short takeoffs and landings. With practice, each can be achieved in a mere 50 feet, thanks to the double leading edge slats, long-stroke main gear suspension, and tundra tires … plus good pilot technique. The company’s aircraft have also be configured for floats and skis. Building a worldwide following, Just Aircraft has shipped kits to remote areas in China, Russia, Greenland, Australia, New Zealand, Ecuador and Lithuania. Among gung-ho outback pilots, Just’s consumers include three women and a 78-year-old gentleman.