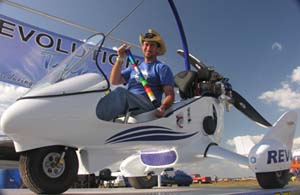 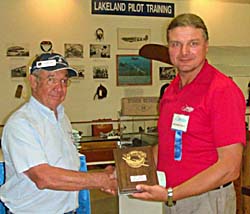 I once followed judging at shows like AirVenture and Sun ‘n Fun. In fact, an aircraft I helped inspire — a modernized primary glider called the SuperFloater — won Outstanding New Design at Sun ‘n Fun 1995. Judges closely examined homebuilts, kit or restored vintage airplanes, and warbirds. If they included factory built aircraft, I was not aware of it. *** So, this year I admitted surprise after learning factory-built Light-Sport Aircraft won awards. *** To honor the hundreds or thousands of hours people put into their winners, I want to highlight some LSA and ultralights that judges liked. The Grand Champion LSA was Wayne Spring’s 2010 Predator powered parachute; Reserve Grand Champ was James Jonannes’ 2009 Arion Lightning LS-1; Grand Champion Ultralight was James Wiebe’s 2010 Belite Superlite; and, Reserve Grand Champ was Danny Dezauche’s 2010 CGS Hawk Ultra. *** Other LSA winners included “Best Commercial” — Gobosh 700; “Special Award for Innovation” — Powrachute AirWolf; and, “Outstanding New Design” — Evolution Revo. *** Rainbow Aviation imports the 3Xtrim Navigator 600 and won a Special Award for Safety Practices in Light Sport Aircraft. Importer Waldemar Wrona said, “Many visitors were impressed with detailing inside and out on the Navigator 600.” He thinks that after a few years of LSA, customers are more educated and looking for quality, safety, and durability. “Our plane can deliver.” *** Lightweight trike maker, Mike Theeke of Tennessee walked away with two awards: “Best Commercial Ultralight” and “Best Type – Trike Ultralight.” *** Congratulations to all winners. Click for a list. *** Piper Aircraft won an award for their handsome overall display, which prominently featured their PiperSport LSA. *** Winning is not a popularity contest. These judges practically use a microscope; even scratches on a bolt head will cost points. Any individual or company passing these judging standards has done something significant. In fact, the hours it takes to win usually explains why owner/builders beat professional factory technicians. A factory cannot usually put the time in to make a winner meaning LSA producers capturing awards are doing something right.