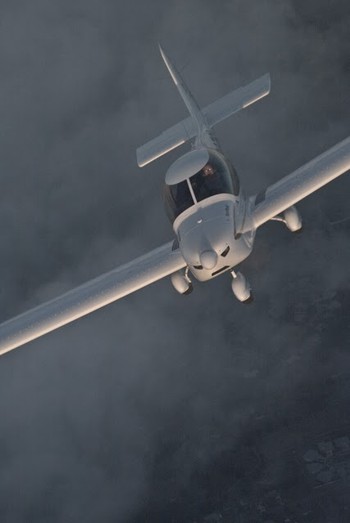 But is an LSA legal to fly IFR?

Quick tell: Yes — when flown by an appropriately rated pilot.

We already know that a Sport Pilot license holder can only fly in day VFR up to 10,000 feet. This discussion is about the airplane.

As pal Dan Johnson, who just took up this issue on his own blog, notes, ASTM’s F37 committee has worked hard to create an IFR standard, but unsuccessfully so far. The committee did add a line to the latest Design and Performance (D&P) Standard (yet to be adopted) that prohibits S-LSA flight into Instrument meteorological conditions (IMC).

This does not however prevent a rated IFR pilot with a current medical from flying a currently registered SLSA into IMC, and of course let’s also assume the airplane is rigged with the appropriate Full Monty: IFR instrumentation, lighting and powerplant.

That last item gives LSA watchers some pause, since most Rotax and Jabiru engine models, which power the vast majority of S-LSA, are not certified for IFR flight. Only an FAA-certified powerplant is legal.

(Note: Rotax does indeed have certified versions such as the 912F and 912S, certified to Part 33 and used on Diamond aircraft, which are IFR legal.)

The same criteria hold for night flight: it’s legal, as long as the pilot is rated and the airplane is properly equipped such as with landing lights.

Just to say it one more time: a Sport Pilot-only licensee cannot legally fly at night or into IMC.

As Dan notes, once FAA accepts the latest D&P Standard, LSA makers will be able to outfit LSA with instruments as specified in FAA regs that will allow qualified pilots to file and fly IFR…but only into VMC (Visual Meteorological Conditions).

Ironically, many (if not all) FAA folks, sez Dan, are supporters of allowing LSA for IFR training including into IMC, which is currently verboten.

But to sum up, the bottom line remains: all currently registered S-LSA and those that are registered before the new D&P Standard is finally approved by FAA can legally operate in IMC flight — but only if they have the proper equipment and a suitably rated pilot at the controls.

And here’s yet another distinction: IFR training on LSA is also legal in the IFR airspace system — but only into VMC. Only an aircraft type-rated for IFR training in IMC can legally do so.

Head buzzing yet? Mine is.

One poster recently suggested that potential IFR-equipped LSA buyers make sure they talk it all over thoroughly with the manufacturer/dealer first, to ensure everything stays kosher.

Of course, since we pilots, especially when we post on the internet, are deliberative beasts who love to parse a topic until its magnetos fry, the idea has been put forth that pitot heat should be required on any hypothetical IFR LSA, and composite versions shout have a metal mesh impregnated into the airframe to handle lightning strikes, such as on a Columbia 350. Others, of course, disagree.

And at this point, my brain cries “Enuf!” and defers this fine topic for another day, in the interests of preserving what little cognitive power I have left for my J3 flight later this afternoon (before dark, natch).