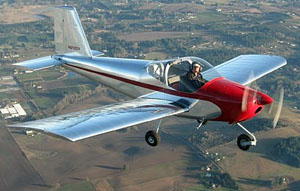 Van’s Aircraft RV-12 is selling well as an ELSA kit. 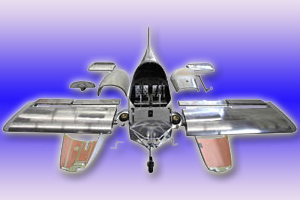 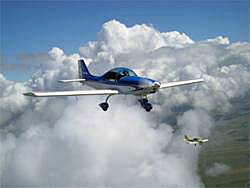 Breezer is an all-metal Light-Sport Aircraft offered in SLSA or ELSA forms.

One of the “diamonds in the rough” of the LSA movement has been the kit LSA or Experimental LSA or simply ELSA. For the first five years of Light-Sport Aircraft, fully manufactured Special Light-Sport Aircraft dominated the sales figures. With very few exceptions, ELSA were nowhere to be found. That’s begun to change, perhaps as voices have been getting louder about the prices of today’s well-equipped and surprisingly capable SLSA. Are ELSA a way to constrain the cost for consumers? Maybe. *** In February EAA reported that worldwide GA aircraft shipments included 889 piston-powered aircraft plus a slightly larger number of business jets and turboprops. Shipments declined 11.4 percent because of the struggling economy. However, EAA said, “Interestingly, homebuilt aircraft registrations continued their growth in the U.S. last year. A total of 941 homebuilt aircraft were added to the FAA registry in 2010, an increase of 10 percent from the previous year. There are now more than 32,000 homebuilt aircraft registered in the U.S.” So kits outsold GA factory-built models. While a reflection of the troubled economy, it nonetheless shows the resiliency of the kit aircraft community. *** We have several ELSA producers including the kit market leader, Van’s Aircraft and limited number of smaller manufacturers. ELSA are different than Experimental Amateur Built (EAB) models that meet the LSA parameters. *** Perhaps it is telling or fitting that Breezer Aircraft has just announced a new ELSA kit to complement their Breezer II SLSA. The northern Germany company reported, “[Our news has] been rewarded with lively interest. The first two kits, which are due to arrive in Florida on March 19, have already been sold, and will be delivered to their owners before the Sun ‘n Fun show starting in a few days.” *** Florida-based Breezer Aircraft USA will have a kit on display at their booth close to the LSA Mall located near the main Sun ‘n Fun entrance. Importer Mike Z and his Breezer USA team will be demonstrating the assembly work involved in putting the kit together as the week progresses. “The kit is priced at just $39,995,” said Breezer in Germany, “and [the ELSA kit] offers a realistic build time of 400 hours, which is the lowest in its class.” *** In fairness, we have fully built SLSA that offer lower price tags, too, even while kits may offer more deluxe aircraft at reduced cost. Low-cost, ready-to-fly SLSA include: Aerotrek’s A220 at about $70,000; X-Air’s LS at about $60,000; Rainbow’s Cheetah at about $55,000; CGS’s Hawk at about $40,000; and M-Squared’s Breese at $35,000. In addition, the industry offers trikes and powered parachutes at similar or even lower numbers. The focus tends to be on the $140,000 high-end SLSA with glass screens and autopilots, but the field is hugely diverse from a price and sophistication standpoint. Into this wide ranges of choices now comes more attention to ELSA. Who says buyers lack choices? Not the LSA community.