UPDATE Note (10/15/22): I urge all readers to take special note of two comments below that greatly add to the respect I intended to show John Ballantyne and Chuck Slusarczyk. I hope you’ll take the time to read both. —DJ

A Tribute… to Two Heroes
of Recreational Aviation

CHUCK SLUSARCZYK — On September 29, 2022, the sport aviation industry lost one of its best-known innovators, Chuck Slusarczyk (“Slew-zar-chick”). He was 81 years old. 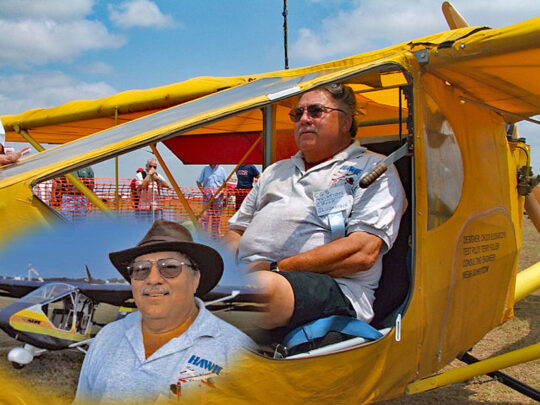 A pioneer in both hang glider and ultralight aircraft industries — founder of Chuck’s Glider Supplies which became known as CGS Aviation — Chuck had worked at NASA Lewis in Cleveland, Ohio.

After striking out on his own, he designed numerous hang gliders and, later, the award-winning CGS Hawk.

Chuck was an inaugural inductee into the EAA Ultralight Hall of Fame. His aircraft are on display in three aviation museums including at EAA and Sun ‘n Fun.

His love of aviation was broad, including his hobby of building and competing in regional and national indoor model flying competitions, where he won numerous awards and set national records.

Chuck had a keen sense of humor and was always the life of the party leading sing-a-longs around the campfire playing guitar and harmonica. A dedicated family man, Chuck loved to make up stories and tell jokes. In the light aviation community, he became a legend who will be fondly remembered for a long, long time.

JOHN BALLANTYNE — On October 4,  one of light aviation’s pivotal leaders, John Ballantyne, passed away. He was 76 years old. 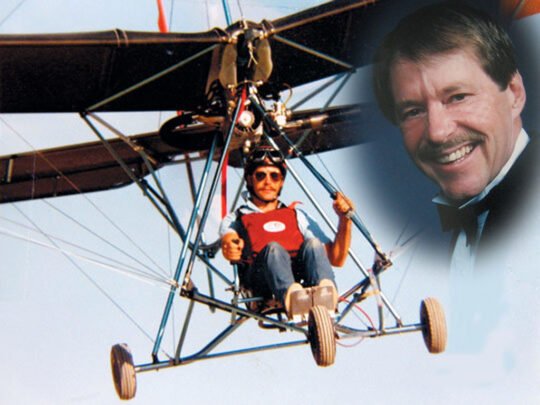 A pioneer of hang gliding, ultralights, and Light-Sport, John was the founding president of the EAA Ultralight Division 1982 and wrote the original FAA recognized ultralight pilot/instructor training program while at AOPA Air Safety Foundation. He was inducted into the EAA Ultralight Hall of Fame in 2010.

John was the founder and past president of the United States Ultralight Association, honored with the John Moody Award for outstanding contribution to ultralight aviation in 1995. Four years later, he was given the highest international microlight award, the Colibri Diploma. Only three other individuals have ever received a Colibri Diploma.

John was a FAA Commercial pilot, CFI Instrument with glider privileges; was a USHGA Master-rated hang glider pilot and instructor; aided the AOPA Air Safety Foundation; and served on the Board of Directors for the National Aeronautic Association for over 10 years.

He is the only individual to have received an FAA Commercial and Flight Instructor certificate by flying a trike (weight-shift control). John’s diplomatic style and warm smile will remain in the minds of many sport flying enthusiasts for many years.