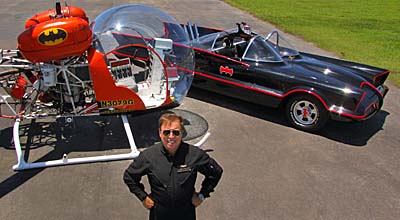 Amazingly, “Holy Batcopter!” was not one of the 368 different “Holy…” exclamations uttered by the Robin character in the 1960s TV series. The iconic Bell 47 chopper — without Robin or Batman — will make an appearance at the U.S. Sport Aviation Expo in just a couple weeks. The event runs January 24-27 this year.

“Relive the 1960’s era at Sebring’s Aviation Expo with a ride on the original N3079G Batcopter from the Batman TV series,” encouraged promoters of the 14-year-old event.

In 1996, pilot Eugene Nock bought the famous helicopter, which was used in the 1966 “Batman” movie and several TV shows.

“What we have is an icon in the aviation world as well as the collectable toy world,” Nock said. “It is a one-of-a-kind aircraft, absolutely internationally recognized.” 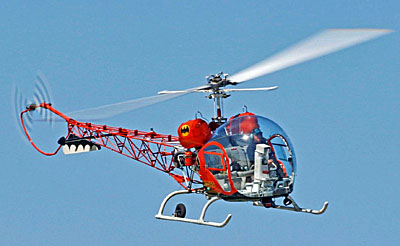 That’s why Nock — an airline transport pilot who has logged more than 14,000 hours — will be flying this vintage flying machine at the upcoming Sebring Expo. Nock hopes to inspire young people to find a future in either law enforcement, military, or becoming a pilot, said Sebring Expo’s PR agency.

A noon show featuring the Batcopter and Batmobile is scheduled for Friday, January 26 and Saturday, January 27.

Rides in the three-seat chopper can be purchased at the event with no need to reserve in advance. Cost: Adults $100; children & students (17 & under) $70.

Nock, who’s been a pilot since age 17, said his father was in the entertainment business and worked with Adam West (the original Batman) in the 1960s in California. Nock said he met West in the late ’60s.

The first appearance of the Batcopter was in the 1966 film Batman. Unlike the Batmobile, the Batcycle, and the Batboat, Batcopter was never intended for use in the 1960s Batman television series, which did not have the budget to create such elaborate vehicles. While the other vehicles were bought by 20th Century Fox, the Batcopter was only leased for the movie. It cost Fox $750 a day for five days from April 7 to April 11, 1966. Given the dollar’s precipitous decline since those times, that equates to more than $5,600 today. 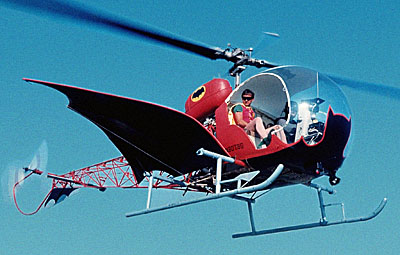 To make the model look more like a superhero vehicle, it was fitted with canvas-covered tubular frames and was painted red. The head of a bat was painted in the front while the Batman symbol was painted on the side. The most dangerous design change was the wings, which reduced power by nearly 50%.

For the scenes at sea, the Batcopter was taped at Marineland of the Pacific in Palos Verdes, California. Most of the shots were relatively far away as the pilot was Harry Haus, not Adam West, the actor playing Batman. Hubie Kerns donned the Batman outfit to perform the stunts, namely climbing the rope ladder attached to the helicopter while kicking an exploding shark.

* Thanks to Wikipedia for all the BatInfo.