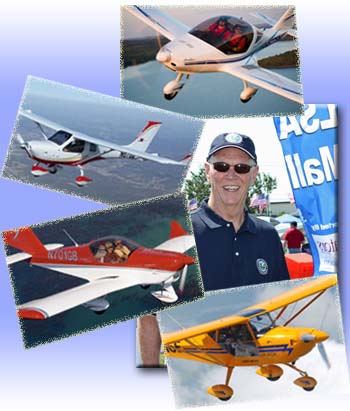 Others have written about LSA safety but did not reveal underlying facts. While I prefer to blog about new aircraft, LSA safety is a worthy topic. Here’s the quick summary: While every loss is tragic to family and friends, LSA safety numbers are better than some predicted. Now some detail. *** According to FAA records in the four-year period from August of 2005 to June of 2009, Special Light-Sport Aircraft experienced 12 fatal accidents resulting in the loss of 18 lives. *** In 10 of the 12 accidents a licensed pilot was in control (that is, not a Sport Pilot). Altogether, 10 manufacturers were affected. Only one, variations of the CH-601 produced by three companies, had multiple accidents and that veteran design remains under investigation so conclusions would be premature. *** In 2007, a year of high sales and activity, the industry experienced five crashes and eight fatalities. All other years had half that or less. *** What does FAA think of all this? Let’s go to the top. As reported by Flight International new FAA Administrator Randy Babbitt spoke at Oshkosh 2009 saying that the LSA accident rate is “…very compatible with what’s going on in the rest of the general aviation world. The statistics reflect it. So [the manufacturers] are doing what they said they would do and the numbers reflect it.” *** Safety is an ongoing effort. One should never become complacent. But industry players have increased the amount and quality of transition training such that incident rates appear to be improving, according to leading aviation insurers. [UPDATE 11/9/09] In the first week of November 2009, another CH-601 was involved in a fatal accident. The pilot was solo but I have little other information except to report NTSB launched an investigation. CH-601-type designs are produced in ready-to-fly form by more than one company and kits are also delivered; this diversity makes evaluation of potential problems more challenging.