Yes, they call it “Ping” among themselves but it is actually P1 NG, as in Next Generation. “Ping” has a few American user-friendly changes from the earlier P1 brought about by comments from U.S. representatives of the Brazilian design. 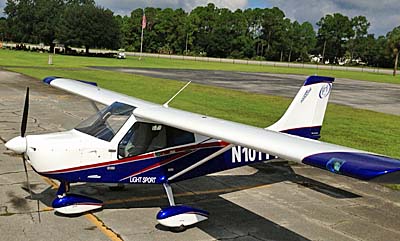 I’ll get into the aircraft changes in a moment but first let me remind you what Paradise Aircraft has done. The brand is well established in the southern hemisphere country where they manufacture a line of two and four seat aircraft. These designs have found favor with Brazilian farmers some of whom operate vast operations that are distant from the population areas so they use aircraft to manage their enterprises.

If you’ve followed the news, you may know the natural-resources-rich Brazil has experienced an economic decline as commodity prices have fallen, driven heavily by China’s pullback on those purchases while its economy cools. The government of Brazil did not keep up with the changing times and current president Dilma Rousseff is suffering from very low approval ratings. I discuss this not to review geopolitics but to help explain why companies like Paradise chose to set up shop at the Sebring airport in Florida.

During 2014 Paradise investigated opportunities around central Florida, looking at facilities at the Sun ‘n Fun airport in Lakeland and at the Sebring airport. Like Tecnam, they settled on the latter, joining longtime Sebring resident, Lockwood Aircraft Supply and their AirCam kit manufacturing operations. 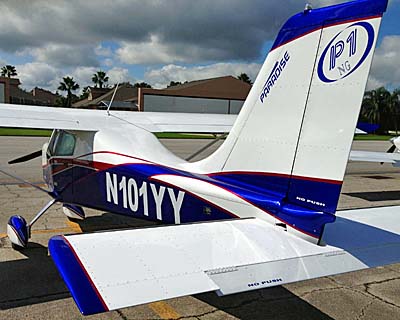 After announcing this decision in January 2015 and moving some initial aircraft to Sebring, things went quiet. At a local EAA chapter meeting at my home airport of Spruce Creek (7FL6), I was asked by a couple about Paradise and why no more news was forthcoming. A call to main U.S. representative Bert Motoyama ended up producing a visit with a chance to fly the newest model, P1NG.

Bert and his associate Randy “RW” Burnley flew up and, over coffee, explained that they had to prove their operation to FAA before they could proceed which overall effort took more time than anticipated. The reason relates to the planned assembly of Brazilian fabricated aircraft. As Sebring will substantially participate in the manufacturing effort, FAA regarded the operation as a “remote manufacturer” resulting in a more detailed examination. Bert and RW prepared carefully and successfully passed the review. 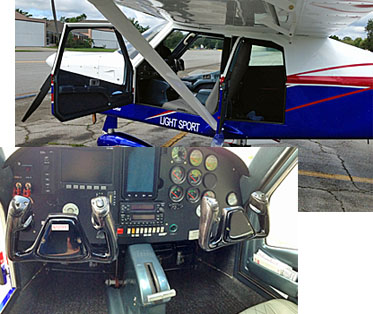 Because of a punishing 35% export tax, Paradise will send airframes which the Sebring group will complete. They’ll add many components including the engine as less value shipped from Brazil lowers their tax bill. This makes sense and it is also efficient to source many American parts in-country rather than ship them back and forth.

After the business discussion, RW invited me to go fly with him and I jumped at the chance. It’s been a few years since I flew the earlier Paradise P1 and I anticipating renewing the experience. Our video below (or click here) discusses some of the changes.

Let’s start with entry to P1NG, which is much easier. Why? Although not particularly visible, Paradise extensively redesigned P1. Noe and his engineers made the door four inches taller and six inches wider (front to rear). Though you still need to duck your head a bit on entry, just like most other high wing airplanes, the less flexible among us will find it much easier to get in P1NG. 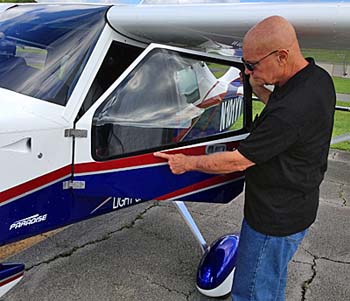 The door windows are no longer shaped with a teardrop cut-out, but the overall window area is larger, aiding visibility. The plexiglass is also bowed or bubbled out to give more room inside.

Paradise has always had a quality interior finish, but P1NG is even more polished with an automobile-like interior. What dominates your view, though, is the dual yokes. While most LSA elect joysticks (that many of us admittedly like), yokes are the most common control in aviation, which may ease the transition of Cessna and Piper pilots to Light-Sport. Some argue you have more lateral control with a yoke than with a joystick that can bump into your legs on full deflection.

The interior is roomy up front, but it’s the aft cabin that sets P1NG apart from most other aircraft, somewhat resembling the volume of a Jabiru, and for the same reason: this airframe can be a four seater in its native country.

Paradise has long supported a model with hand controls and Bert said such a version of P1NG is on its way. The large aft area could carry a wheelchair with ease, after assuring proper anchoring and weight and balance loading.

P1NG flies as good or better than the original, which is to say very well. Refreshing my experience recalled the Paradise flies much like a Cessna 150 except with better performance. It felt very solid with responsive yet cooperative handling to which any Cessna pilot will adapt almost immediately. It takes off and lands predictably like the discontinued model from the Wichita giant.

Stalls occurred at almost ridiculously low speeds, in the high 30s power on or down into the 20s power off, at which speeds ASIs become notoriously suspect. When the airplane stalled, one wing dipped ever-so-slightly and recovery was almost immediate even without adding power.

You can see and hear more about P1NG in our video below but suffice it to say that Paradise has lost none of its original appeal and has gained in several worthy ways. With the U.S. operation getting up to speed, I predict we’ll again start seeing more “Pings” in the air. I’ll be keeping my eye on this company for you.