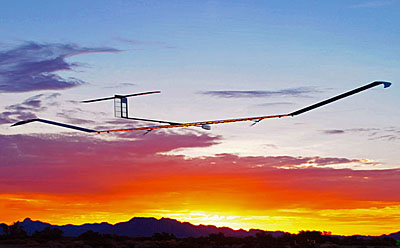 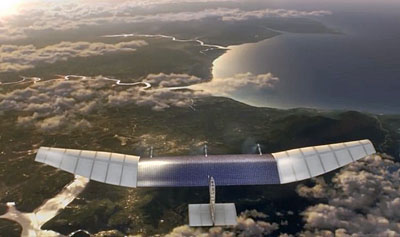 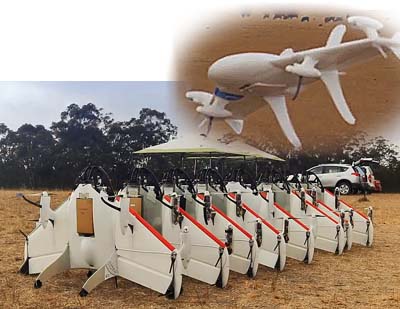 What do Airbus, Google, Facebook, Amazon, DHL Logistics, and Domino’s Pizza have in common and why should you care? All are very big companies, considerably bigger than most aircraft builders. Here’s what else they all have in common: all of them report developing aircraft and will be seeking their chunk of airspace, those same friendly skies that you and I enjoy using for our sightseeing or other airborne fun. They also have highly paid lobbyists to convince government to let them do what they want. Little airplane companies cannot afford a lobbyist. |||| On the opposite end of the spectrum are hobbyists. Amazon will sell you a drone with a camera for as little as $50 and ones for around $1,000 can easily occupy the same airspace you want to use this weekend. I don’t know about you but while I like all things that fly, the prospect of drones buzzing about willy nilly gives me a case of the creeps. What with the big guys potentially spying on us — or superbly serving their customers; it all depends on your perspective — and your neighbor cavorting around to take aerial pictures of the family picnic, our skies may be getting less friendly.

Airbus calls its solar-powered Zephyr (top photo) an “Internet broadcast plane.” As Airbus enters this arena, they confront competitors from widely different fields. Who would’ve guessed Google, Facebook, and Amazon would start developing flying machines? Airbus’ Zephyr is an ultra-light aircraft weighing just 110 pounds albeit with a wingspan of 75 feet designed to fly at 65,000 feet and remain on station almost indefinitely. Zephyr’s solar arrays on its wings power the vehicle’s motors and two propellers, driving it along at 30 knots at altitude using about three times the electrical energy as a light bulb while also charging its lithium-sulphur batteries.

Yael Maguire, engineering director at Facebook Connectivity Lab, doesn’t like to use the word “drones” when it comes to “beaming” Internet to the developing world. He prefers “planes.” Whatever they’re called, Facebook is looking to the skies “in order to get the last 15% of the world’s population who aren’t connected.” These flying machines aim to fly high, above any airspace recreational pilots use but those flying machines have to get up to altitude and what happens when they fail? According to Maguire, “The size of the planes will be roughly the size of a commercial aircraft, like a 747 though much lighter, about the weight of four of the tires of a Prius.” Facebook’s aerial dreams are focused on low-Internet-use countries such as India, Latin America, Africa and Asia.

How will Facebook’s aircraft be operated? “Right now, there’s a ‘one pilot per plane’ rule,” said Maguire while adding that their team is open to one pilot managing up to 100 of these solar-powered planes.” He added the team hopes to get one of these planes in the air in 2015, with plans to test it in a to-be-determined U.S. location, which may or may not ever be revealed to the public.

Despite concerns, good news for aviators could also follow. “We have to push the edge of battery technology, of solar technology, of composite technology,” explained Maguire. “There are a whole bunch of challenges that our team is super excited to work on.” Their solutions, funded by a billion-dollar cash hoard, could potentially speed development of electric-powered human-flown aircraft.

Google wants to deliver via drone. This video provides an example:

Shortly after Facebook acquired Ascenta for $20 million, Google bought New Mexico-based Titan Aerospace, which is also in the solar drone business. However, the flight hazards are not all from drones. The web search giant has already started work on Project Loon, a network of balloons on the edge of space that are designed to provide internet connections in rural areas.

Today, FAA appears to be in crouch mode, trying to assess how they will regulate all the new machines aiming for the heavens. As the skies eventually fill up with camera-toting drones, solar-powered Internet broadcasters and who-knows-what-else, the million or so of us who enjoy flying ourselves around in our old-fashioned human-pilot aircraft better be looking out the window or monitoring our ADS-B gizmos.