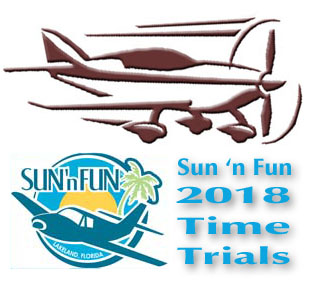 The great spring airshow everyone knows as Sun ‘n Fun starts in about six weeks. One day after the big event kicks off (on April 10th), Time Trials are planned. Such trials are not new but this year brings something new.

For 2018… “Sport Pilot-eligible aircraft* cruising 120 knots or less may compete in the Sport 20 Time Trials,” wrote Sprint Chairman, Craig Payne. “Classes will be established for land, amphibious, bush planes, and gyros.” He added that this event is intended for Sun ‘n Fun exhibitors and their sponsored entries as a means to show off their aircraft in front of the crowd. In prior time trials, private individuals have also run the course.

Immediately following the Sport 20 comes the Sprint 20 for aircraft capable of cruising over 120 knots.

The “Gentlemen, start your engines” auto-racing line does not precisely apply as the aircraft race against the clock not each other. “From side-by-side staging on the runway, competitors will be flagged off, one at a time at 30-second intervals. One nautical mile down the runway, timing will begin and terminate when returning overhead.” Additional details will be briefed to participating pilots. 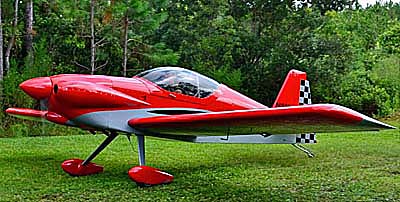 “A modest, non-refundable entry fee will be charged to cover the cost of trophies and incidentals,” however, this is primarily a volunteer activity.

Knowledgeable narrators will man the announcer’s microphone so that the crowd can follow the action, Craig said. The Sport 20 Time Trials sounds good for vendors hoping to promote their aircraft and it’s also good for customers who want to compare performance of various models of interest to them.

How Cool Is This?

“But…” someone may say, “If ‘Sport Pilot-eligible’* aircraft can only go 120 knots, what’s the point of racing?” My observation is that this is less about speed and more about precision flying.

Competitors will run a 20-mile course for time, starting from the main runway at Sun ‘n Fun. Launching in 30-second intervals, the timing starts one mile after takeoff so aircraft are up to speed. “Recovery” or their landing after running the course will likely happen at the Paradise City turf runway.

An observer will be positioned at each turn point to provide assistance to anyone running the course. A helicopter will also be aloft for additional safety, Craig indicated.

The takeoff and the finish line will all be highly visible to Sun ‘n Fun crowds so this represents a wonderful opportunity to promote your wares or to learn more about an airplane that may interest you. 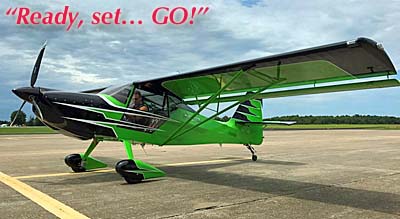 This is the sixth year of the Sprint 20 Time Trials, but this is the first year to feature a category for Light-Sport and light kit aircraft. If you are interested or your company wishes to participate — or if you want your company to participate so you can better understand their aircraft — I encourage you to contact Craig about entry.

The Sport 20 Time Trials event #1 are only a few weeks away so don’t drag your tailwheel getting involved. The following video provides more info…

* I applaud Craig for using “Sport Pilot-eligible” correctly. Some people say “Light-Sport” aircraft when referring to a kit-built aircraft. They probably mean an aircraft that fits the LSA parameters (speed, weight, etc.) and can be flown by someone using a Sport Pilot certificate. FAA uses “Experimental Amateur Built” to identify these aircraft. Sure, it’s just words, but I’m happy to recognize the more accurate “Sport Pilot-eligible” term first heard from Ron Wagner, a key EAA employee at the time the SP/LSA regulation was released.