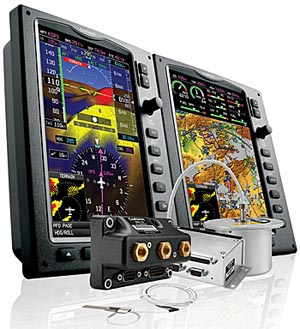 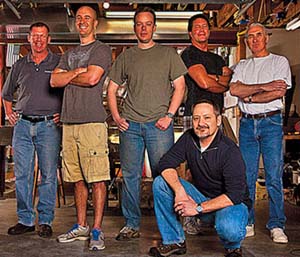 Team X is a dedicated group of pilot and airplane builders working separately at Garmin to create new gear for LSA and Amateur Built aircraft. Read about each team member.

Next month, in April 2013, the Light-Sport Aircraft industry celebrates an anniversary. It will be the eighth year since the first Special LSA approval was granted by an FAA Designated Airworthiness Representative in 2005. Evektor‘s Sportstar was first, followed hours later by the Flight Design CT and then an amazing outpouring of innovation now stretching to 131 SLSA models approved. That’s better than four brand new aircraft every quarter for 32 straight quarters; worldwide aviation’s never seen anything like it. Most of the early brand names in the industry were new, at least to Americans. Yet along the way, some famous aviation names joined the party.

We’ve seen entries from Piper, Cirrus, Cessna, Lycoming, Sensenich, and Wipaire Floats plus the major member organizations embraced Light-Sport in their own way. One multibillion dollar company to serve the sport and recreation community has been Garmin. Much more than an aviation powerhouse, Garmin makes products for automobiles, boats, and more. Recently, they stepped up their game even further by forming “Team X,” a small group of Garmin engineers working apart from the rest of the avionics staff. Garmin says these guys “understand what it’s like to scrimp and save for the right radio, and what it’s like to place the last rivet in a wing.” Their mission: to create new products specifically for the LSA and Amateur Built communities.

In the tradition of electronic devices that remarkably get better and less expensive at the same time, Garmin recently lowered prices on their G3X series. Get more info on that here. Garmin’s digital skunk works just introduced a bevy of products you might love. “These new products are designed by our dedicated experimental engineering team, many of whom are pilots and homebuilders,” said Garmin vice president of aviation sales and marketing, Carl Wolf. “We’re bringing unprecedented technology and capability to the amateur-built and Light Sport aircraft market at a remarkably affordable price.”

To the one, two, or three screen G3X, Garmin now adds an integrated autopilot. Although LSA enthusiasts may not have envisioned such systems eight years ago, prices have come way down and many LSA have embraced them. Weight also came down, evidenced by Garmin’s 1.4 pound GSA 28 “smart” autopilot servo. The servo shows its intelligence when it “automatically trims the aircraft to constantly keep it in trim.” Team X also introduced the GMC 305 autopilot control panel, a dedicated autopilot user interface that delivers airspeed hold among other features. A two-axis autopilot will be available in May for $1,500 and the control panel is $750.

Icon has been promoting Angle of Attack indicators their slick A5 seaplane. Dynon added this to their SkyView and now Garmin has a new Air Data/Attitude/Heading Reference System (ADAHRS) that supports AoA functions to “provide accurate, real-time measurement of wing performance and stall margin indication to the pilot both audibly and visually.” To get AoA functions you need a new pitot tube to support that capability but it’s only $199. Of course, Garmin is all over the ADS-B services of free weather and traffic and you can learn more about all the new Team X products at the company’s new LSA webpage, which has “a wealth of information including product features, hardware, pricing, photos, videos, manuals, software updates, FAQs and more.”