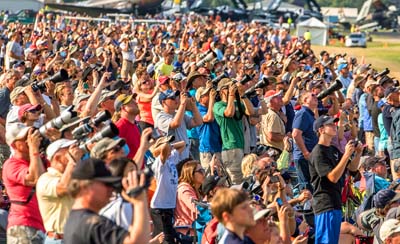 Huge crowds at AirVenture 2018 watch and photograph airshow performers. Many other terrific photos by EAA staff can be found here.

EAA AirVenture Oshkosh 2018 is now history. You will be reading and seeing lots more about the big summer celebration of flight — it appeared very strong to most observers — and you will see lots more from OSH ’18 here and on Videoman Dave’s popular YouTube channel.

As most readers know, Oshkosh is a massive event, by many measures the largest gathering of true aviation believers in the known universe. However, being big isn’t everything.

Indeed, some recreational flying enthusiasts will soon begin a trek to Mt. Vernon Illinois for the Midwest LSA Expo, a far smaller event that has proven adept at linking willing buyers with ready sellers. (It’s also our very best event to capture Video Pilot Reports, so watch for news about that in about a month.)

Half A World Away,
Aviation Is Getting Started

Let me tell you about a specific brand fly-in, for the CTLS produced in China. While small compared to big American events, this was a healthy start. If aviation is to grow in Asia-Pacific, I think events like that hosted by manufacturer AeroJones are key. More of them is needed but here is a worthy start.

In May 2018, AeroJones Aviation hosted a first-time event at their training facility in the south of Taiwan, called Pingtong Saijiain Airport. AeroJones Aviation is the manufacturer of the sophisticated light aircraft called CTLS. The aircraft factory is located in Xiamen, China. 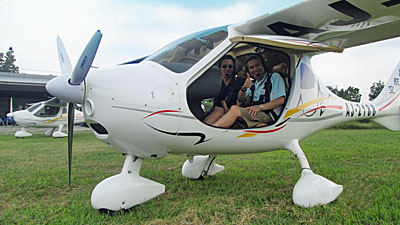 China and other countries have very well developed airline and military aviation but flying for fun is a relatively new activity. As the photos illustrate, the first-time function was well attended.

“Around 40 participants came for the whole day event,” reported Chang. “The group included CTLS pilots, CTLS owners, and those who have intentions to become pilots.”

AeroJones Aviation operates a flying field, flight school, and maintenance center in the south of Taiwan. The operation is described by foreign visitors as a prototype for what may become many such facilities across China as that nation prepares to build hundreds of brand-new airports. The new airports will allow Chinese citizens to see and experience light aviation. Few Chinese people have ever seen aircraft such as AeroJones’ CTLS and almost none have flown in one.

Events like the one AeroJones hosted may be critically important to introduce literally billions of people in the Asian-Pacific region to the idea of flying for fun.

“We were pleased with this first event and the number of people who came to help launch this new idea,” observed Mr. Hsieh Chi-Tai, General Aviation Development Vice President for AeroJones. “Even CT owners that could not fly their aircraft to Pingtong still showed their enthusiasm of flying.” He believes this type of activity will grow as AeroJones Aviation is able to replicate their flight school and pilots club across China in the years ahead.

AeroJones acquired the rights to manufacture the German CTLS aircraft design. The company has since secured approval from the government to build and sell these LSA. China is predicted to become a major market for Light-Sport Aircraft. 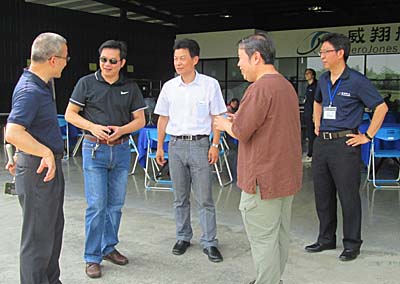 Many aviation experts believe China could see rapid growth for aircraft of this type given plans from the central government in China to build hundreds of new airports during the next few years. The Air Sports Federation of China is also planning hundreds of “flying camps” where citizens can learn more about and experience aviation. ASFC personnel attended Oshkosh 2018 and met with groups to learn more about how to pursue their plans.

The Xiamen, China base of AeroJones Aviation includes a manufacturing facility with full fabrication capability. More than 50 highly-trained workers build nearly every part of the airplane in Xiamen. As China may nurture entry level aviation, AeroJones appears destined to be apart of it.