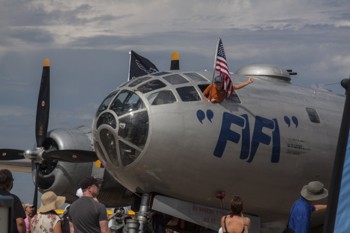 What dreams may come from a photo op with mom in Fifi, the flying B-29 classic. 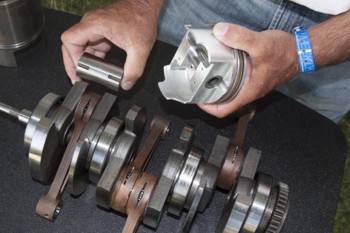 Detail of the multi-segment crankshaft of the MW Fly engine. More info next photo. 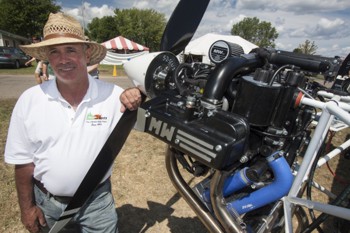 Tony Watkin of Canada's Bush Caddy kit and S-LSA plane company is in advanced development of its MW Fly engine installation that will eventually be fitted to its many bush flying aircraft. Look for a flight report soon on its S-LSA model. Meanwhile, the exciting MW Fly engine could give Rotax a run for its money. Liquid cooled, fuel injected with FADEC, and available in three horsepower ratings (115, 130 and 150), the Italian powerplant, 10 years in development and testing, has many very attractive features. Just a few more: low fuel consumption, automatic variable compression ratio to minimize stress on the gear box, competitive price ($16,900 U.S.) and a whole lot more. 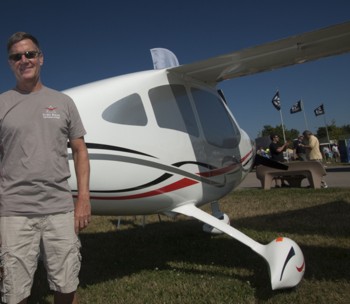 Tom Peghiny, head of Flight Design USA, filled me in on the ongoing development of the C4 four seater. Matthias Betsch, CEO of the German parent company, announced that Garmin will develop the integrated electronic avionics suite for the airplane. Features will include Angle of Attack (AoA), dual Air Data Heading Reference System (ADHRS), and an autopilot control module. At well under $300,000, the four-seater should find a robust market in a climate of half-million-dollar-plus babies. Meanwhile, Flight Design continues its winning ways – it's still the top selling S-LSA in America – with production commitments well into next year, and sales are brisk. The company is about to move to a larger facility in Connecticut that includes a 12,000 sq. ft. assembly building for the C4 and CT S-LSA. 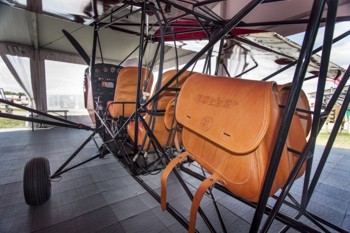 Here's the Bobber, an open-frame Cub that SportAir USA majordomo Bill Canino says took him a bit of getting used to with all the fresh air coming in, but now he loves it. It's a take on the motorcycle customizing craze, and it's one cool looking airplane with the custom leather interior and saddlebags behind the cockpit. A unique S-LSA to be sure. 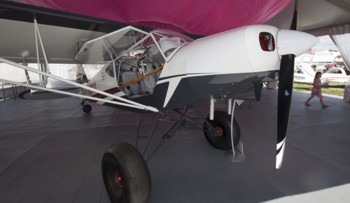 Two new ships from SportAir USA. The Cub-S, a Super Cub-style LSA with a 180 hp engine…and 100 lbs. lighter than the other chief altitude grabber in the class, CubCrafters Carbon Cub. 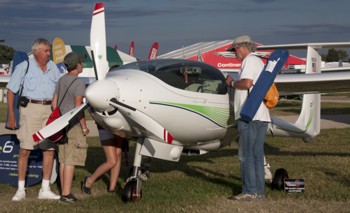 The Stemme S-10…another spectacular motorglider that like its sibling S-6 drew crowds even here at the end of day. 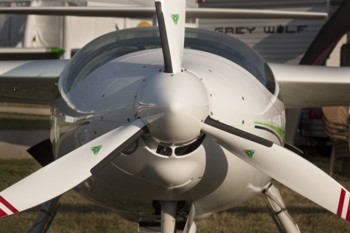 A low-profile insight into why the Stemme S-6 motorglider has such fabulous performance. How fab? Glide Ratio 38:1, Range 860 nm, 970 fpm climb, 150 knot cruise, side by side seating…it's not an LSA but Stemme is a fabulous touring motorglider whatever your fantasies.

Yes, Airventure fans, it’s been fair, mild, low humidity, refreshing, beautiful weather…all descriptors none of us is used to using in the same sentence with the words Oshkosh and summer. *** It’s been a delight not to drop with exhaustion at the end of a long day slogging around the miles of paths and thousands of exhibits, planes and aviation sundry. *** Here’s some more cool stuff from my travels across the great cement/grass/asphalt immensity known simply as “Oshkosh.”