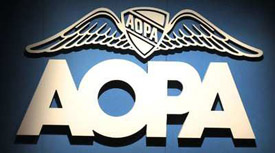 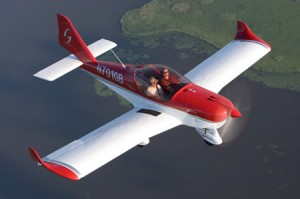 AOPA during its annual Summit convention that ended October 13th announced during the event a program that makes a lot of sense: a national network of flying clubs with the aim to grow general aviation at all levels.

We’ve been talking about alternatives to the modern steep cost of private flying for some time now, and have advocated owner partnerships and flying clubs as clear alternative solutions to keeping costs under control, bringing more people into flight training and pleasure flying, and for that matter keeping airplanes from getting “stiff” sitting sometimes for weeks or even months, unflown, in hangars – because surveys and studies show most recreational pilots fly an average of just 50-100 hours a year, and in seasonal regions that can mean mostly in the good weather months.

I’ve written of a veteran pilot I know who flies for an airline as an instructor/examiner – he’s the guy in other words who makes sure the other airline pilots who fly you and me are in top form. Last year he flew a 1946 Piper Cub J3 that had sat in the hangar for 6 months without even an engine start. The engine quit at the worst possible time, two-thirds down the runway with insufficient altitude (65-hp engine) to turn back to the runway. My friend the airline examiner was at the controls. He miraculously (translation: with supreme skill) maneuvered around tall trees and managed to stuff that airplane into a backyard, unstrapping himself in the nick of time as the fuselage skidded into a thick, menacing tree branch, which punctured the side of the fuselage, broke his rib, and went straight through his seat back. It would have killed him if he hadn’t moved. Injuries, yes, but no fatalities. It could easily have been so much worse. The cause turned out to be a sticky valve… from sitting so long without being run. This can happen to any engine in any climate.

Back to AOPA: their program looks to keep airplanes flying more often while also cutting pilot/student attrition with, as they describe it, “affordability, community, quality instruction, an entry (or re-entry) point to aviation, and a viable business model.” Clubs can be a lot of fun.

Ask Chris Dillis at Skyraider Aviation, who has built his thriving LSA training/rental business around the flying club models so popular in Europe, and imported it to his native Denver, Colorado.

The national goal of the new clubs network program is to have 661 to 1,000 clubs linked up within five years. AOPA’s new Center to Advance the Pilot Community will help facilitate and grow the movement. A key part of the network involves sharing information and resources. AOPA will invite all existing clubs to join the network; members will agree to a statement of values, but there will be no cost to participate.

If you’d like to form a club or have yours join the network, here are some steps along the path: an AOPA Webinar Nov. 14 will lay out the program; a monthly e-newsletter will start in December; and a program manager will be hired soon. AOPA has an online flying club finder and Facebook group in place already, and has begun building the network by reaching out to 12 clubs of various sizes, to serve as “Pathfinder Clubs.”

Part of the association’s intended service is to offer assistance to flying clubs, including software to reduce the administrative burden for club leaders (often volunteers), simplify the insurance process, and create reciprocity agreements so pilots can go from club to club. Check out AOPA’s site for further developments as this program gets rolling down the ramp… and consider starting a club of your own if you don’t have one nearby!