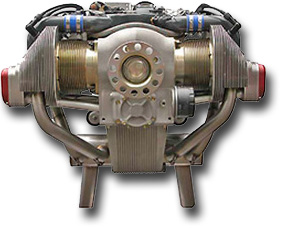 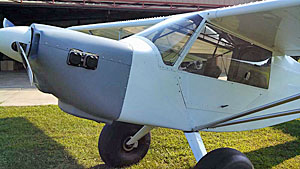 Rans designer Randy Schlitter is one of those restlessly creative types. Many aviators are aware he’s created twenty airplane designs and these are not all variations on a theme. While a few are based on another, several are completely fresh approaches. Way back when, we used to joke about the Rans design-of-the-month club, so often did he emerge at an airshow with somethings we’d never seen. If that’s not enough he’s also been making bicycles for a few decades. (My wife and I each ride one and love them.) He runs Rans Aircraft and Rans Bicycles as side-by-side enterprises. Still not content, Randy does a bit of writing and has produced some artwork. My advice for most folks: don’t try to keep up. Randy is likely to leave you far behind. So, when I saw an installment of his “Into the Flight” series — this one after flying one of his S-7 Couriers with a UL Power 350 engine installed — I asked if I could reprint it here. Randy graciously agreed.

The following is by Randy Schlitter: “After a very successful show at Mt. Vernon, Illinois, I headed to Telford, Tennessee where Sam Kite had just started test flying an S-7S Courier with the UL Power 350iS engine. With a claimed 130 horsepower and a 68-inch Whirlwind prop, I was looking forward to validating their claims of increased performance. Sam has a plush grass airstrip located just outside Telford; I noticed the Smoky Mountains off to the South would provide a scenic reference point. From the air Tennessee looked like a random scrambling of roads, small towns, and farms. It would be easy to lose track of Sam’s grass strip in the sea of lush green turf. Thank goodness for GPS, but I think the local pilots thought my concerns for reference a bit amusing.

“Within minutes of arrival, which was late in the day, I was taxiing out in the 350iS-equipped S-7S. The rumble of the engine was encouraging. It makes an impressive deep sound, and is smooth at idle. I hoped this would be true at full power. My earlier experience with this engine was not encouraging; at full power there was a pronounced spike in the vibrations. Applying full power I learned the spike must have been specific to the airframe/prop combo (it was installed on a competitor’s all metal low wing). Take off roll was short, the big 30-inch Alaskan Bushwheel tires rolled easy on the soft grass. Airborne in less than 200 feet, I climbed aggressively, mostly because it felt right, and the VSI wound up to 1,200 then settled on 1,000 fpm until established at 3,500 feet MSL. Watching the temps, everything was well under the limits; as Sam said during the briefing, there was no heating issue.

“Throttle response was instant, a trait of fuel injection and small displacement. Another delight was how steady it held RPM at various angles of attacks and in turbulence. It reminded me of a larger Lycoming, where the torque is ample to hold RPM at a given throttle setting regardless of the prop loading. Smart throttle action, steady RPM, and a nice deep rumble made this a pleasant engine to fly. It was noticeably louder than a Rotax 912ULS, but well within what a good ANR headset can handle.

“To call the 350iS a true 130 horsepower engine in my opinion is a stretch. The reason is the torque flattens out at 2800 RPM and around 115 horsepower. Having maximum torque at 2800 is a good thing. It means you could go to larger props, 70 inches would be nice, 72 inches better. The engine could actually still turn these up to 2800, then you would see more performance, perhaps as much as another 40 FPM rate of climb. Flying against a factory built S-7LS proved that engine does out climb the 100-hp Rotax. It compared to the difference we saw when flying the 80-hp Rotax against the 100 horsepower. The gains in climb also support a 15 horsepower increase, which computes out to 24% increase in climb rate (800 FPM to 992 FPM at gross weight). No real speed increase was measured, mostly because we could not compare apples to apples on the test planes. The good news it was doing 102 MPH, with the 30-inch Alaskan Bushwheels. There could be a decent cruise speed gain with the stock 6×800 tires.

“Overall, the engine may be a winner, it is now in the engine’s corner to prove its reliability. That sort of testing takes time. Our standard practice is to reach 200 hours without issues, once that is achieved then we feel comfortable about recommending an engine or creating a factory supported option. The following is a brief account of the testing done at Telford.

Thanks again to Randy for letting us use his evaluation. For other news reports on the UL Power engines, click this link.