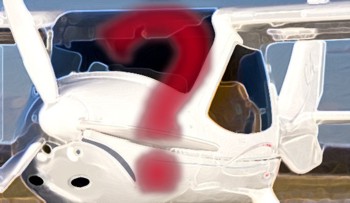 This is NOT an official Flight Design rendering, just my own fanciful imagining of the proposed four-seat C4 based on the CTLS.

Although not strictly LSA-centric, here’s a cool story: German-based Flight Design, maker of the top-selling CT-line of LSA, is coming out with a new, certified four-seat aircraft dubbed the C4. *** As the name unintentionally implies, Flight Design surely hopes to have an explosive impact on the General Aviation market, and we wish it success. *** The first full-size POC (proof of concept) version debuts in April at Europe’s big Aero 2011 airshow in Friedrichshafen, Germany. It’s a fabulous show, BTW, especially since lots of electric-powered aircraft will also be on display. I’ll do a wrap up of its coming events in the next couple days. *** Back to the C4: An interesting wrinkle is the company’s outreach for feedback on the merits of the airplane’s design. They’ll poll the show goers at Aero, but also will have an online survey for all of us to weigh in on. That link won’t be hot until March 1st, but Flight Design makes it worth your time by giving away a Garmin aera 500 GPS for your trouble… not that serving up opinions is ever a problem for us pilots. *** This is apparently a sincere request, not just a marketing strategy: Although in development for years, Flight Design’s engineers won’t freeze the design until somewhere around Sun ‘n Fun 2012, after wading through all the public input. *** Also of more than passing interest is the company’s plans to type-certify both the CTLS and MC — currently ASTM-approved SLSA designs here in the States. Flight Design will use a EASA certification system, which makes use of the company’s recently granted Design Organization Approval. *** You have to admire Flight Design’s impressive commitment to all aspects of private flight. Over 24 years, the company has built more than 1,500 aircraft, flying in 39 countries, has successfully passed quality control audits conducted by LAMA, ISO (International Standards Organization) and TÜV (a vast German technical standards consortium in existence for 130 years, roughly equivalent to ASTM). *** It’s also developing a hybrid power system and working to expand its global service and support, currently in place in 39 countries.