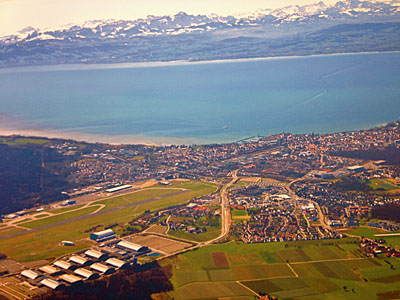 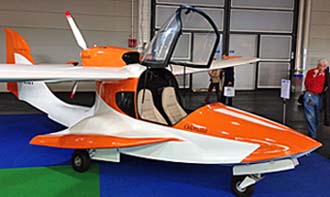 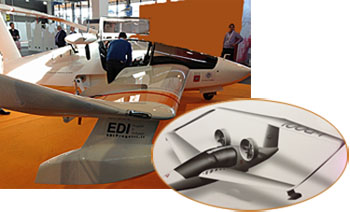 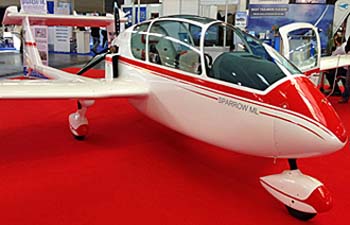 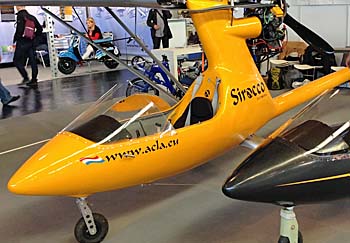 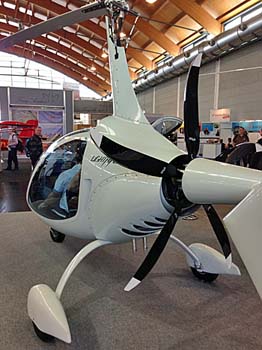 From the outdoor event at Sun ‘n Fun we jetted across the Atlantic to go indoors for Europe’s amazing air “fair” (as they prefer in Europe versus “airshow”). Aero always manages to please and this year was no exception. My only objection was the very tight timing with Sun ‘n Fun, which left us packing up furiously on Sunday, gathering new clothes on Monday, and racing to the airport for a flight to Munich, Germany followed by some hours of driving after a night with no sleep. My wife Randee and I arrived at Aero 2014 by noon on opening day. Whew!

Both shows are must-go events in my coverage of Light-Sport, light kits, and ultralights. Next year will be even harder with Aero immediately preceding Sun ‘n Fun. Still, that’s a year away and I am pleased to be in Friedrichshafen, Germany for this excellent event. I will have more detail on some specific aircraft later but shortly upon arriving at Aero attended a few press conferences. Today — after a decent night’s sleep corrected the jet lag — we raced around the gymnasium-sized halls of Aero (11 of them! … see at lower left of nearby photo) to see what caught our eye. In this effort I must give some credit to fellow journalist Dave Unwin who always seems to adroitly find the newest and coolest aircraft developments. Following we take an initial photo tour. Watch for more in the next couple days. Please remember that aircraft seen at Aero may not be available in the U.S.

Bristell’s NG5 TDO taildragger is a follow-on design to the company’s well received tricycle gear airplane seen at Sebring and other locations (see our video from Aero 2013). It looks like the SportCruiser and that’s no surprise as it comes from designer Milan Bristela who was a key player in the creation of the airplane Piper once sold. However, numerous changes were incorporated in this essentially fifth generation design. He has also created a retractable model. While the company was unfortunately not represented at Sun ‘n Fun, Milan said his Czech-based operation is busy. ••• For more info: Bristell NG5 TDO

We captured this attractive seaplane in a photo last year at Aero alongside its much larger six place GA seaplane sibling. This year the company, Avana Industries of Hungary, showed a nicely finished version of the Odonata designed by Zoltán Varga. Readers may find it hard to believe that one more LSA-type seaplane can find a share of this exploding market but this example certainly caught the eye. The company’s web address as printed on their brochure failed to load but we’ll trek back to their space to see if we can obtain better information. The handsome side-by-side pusher engine flying boat deserves a further look, especially given how full this sub-sector is looking. This appears to be strictly a European project at this time.

I mentioned Dave Unwin above and this most unusual airplane is the first one he mentioned. The airplane is in full-size concept stage at present and incorporates joined-wing technology and twin ducted fan propellers. Dave spoke to the creators and they said they ran out of time to get the ducting installed around the props. A single engine apparently drives the twin props that, without their ductwork, look impossibly small to provide enough push. Ducting can significantly enhance prop thrust but Dave and I both wondered if the concept aircraft was airworthy in its present configuration. Aero Friedrichshafen often has displays of aircraft that never reach the market and this may be another (or not) but novel ideas can sometimes find their way into other machines that do go live. We’ll keep an eye for this one next year.

Wolfsburg Aircraft offered this Sparrow ML, a tandem aircraft said to fit Europe’s 450 kilogram (990 pound) class though the cockpit seemed particularly spacious to truly fit in that limited weight, more than 300 pounds under Light-Sport Aircraft. With twin vertical tails something like America’s Sadler Vampire, we can hope it survives better than the Yankee version that eventually faded away. The Czech company uses the much lighter, two stroke Rotax 582 that may be part of constraining its weight, listed at 595 to 622 pounds in two versions. They report obtaining a Czech LAA Type Certificate (not the same as an FAA TC) so I asked my friend Jan Fridrich his opinion of this machine and he confirmed it is approved. He added that authorities do not worry over gross weight but examine primarily empty weight. I loved the large door opening and lower deck that appeared to give easy access to either seat. ••• For more info: Wolfsberg Sparrow ML

This Sirocco caught my eye but also took me back in time to a much earlier Sirocco, that one from France. Originally produced by French builders, this orignal design reportedly traveled to Belgium and is today the Sirocco design is owned by Aero Consult Light Aircraft or ACLA in the Netherlands. ACLA relaunched the design as the Sirocco NG. ACLA said it bought the tooling from a Belgium company called Aeriane. A genuine ultralight aircraft that makes use of carbon fiber composite structures for its cockpit and tail boom, this creation has long had appeal for light aircraft enthusiasts. Sirocco can reportedly fit the European 120 kg (264 pound) class that is very similar to FAA’s Part 103. Prices are very low, modestly over $30,000 for a ready-to-fly airplane; a kit is also available for under $20,000. ••• For more info: AC Light Aircraft Sirocco

I close today’s glance at some visually appealing aircraft with this Niki Rotor Aviation gyro. Lightning has huge visibility with a sweeping forward canopy and large clear doors. The Bulgarian company uses a rotor blade from Sport Copter in the USA and the Belgium D-Motor. Another very distinguishing feature is the in-line prop. An earlier model called Kallithea has a more conventional tailplane arrangement and an Apis model offers side-by-side seating. However, Lightning appears to strike out on a new path and turned the heads of many Aero visitors. Even their brochure is unique, die cut to form a circle (like a spinning rotor blade, I imagine) which is then folded in half. I couldn’t get their website to load, but have a look at their Facebook page. ••• For more info: Niki Rotor Aviation Lightning