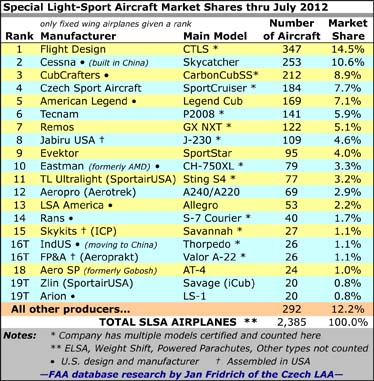 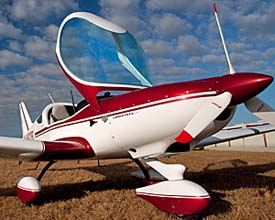 BRM Aero’s Bristell appears to be an up-and-comer. 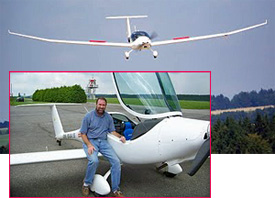 Jim Lee has quietly been logging a slew of orders for his smooth motorglider. 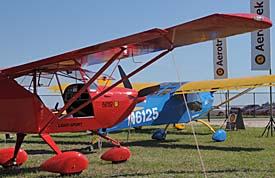 Aerotrek continues to be a solid selling aircraft, and offers one of the lower price points among LSA.

We’ve been getting requests for market share information and I am happy to provide an update, thanks to my European associate Jan Fridrich who does the hard work of sifting through FAA’s database. I remind you that his efforts are not merely tallying whatever FAA publishes. In fairness, Jan has to evaluate many pieces of information and judge accuracy of the entries.

Then factor in that some standard category or homebuilt aircraft meet the LSA parameters of weight and speed and such so some people consider them “LSA,” when in fact they mean they can be flown by some possessing a Sport Pilot certificate. My onetime EAA associate Ron Wagner coined the phrase “Sport Pilot eligible” to describe these aircraft.

So now we come to the first half of 2012. Cessna appears the clear and away winner of the registration sweepstakes with an impressive 71 registered aircraft logged in six months (11.8/month). Jan reports a good number of these are registered in Cessna’s corporate name so they do not equate to deliveries though they are newly hatched LSA. In all of 2011 Cessna registered 11.2/month so Shenyang Aircraft in China is finding a steady pace of production.

Following well behind but still leading the rest of the pack is CubCrafters with 28 more registrations in the first half (4.7/month), a faster pace than their 2011 performance of 36 (3.0/month), indeed greater than 50% more production than last year when they also came in second after Cessna.

American Legend managed to slightly up their 2011 pace to register seven new LSA in the first six months of 2012, trailed by Flight Design with six, followed by a tie between Jabiru U.S. and SportCruiser at five each.

One surprise is Phoenix, the sleek motorglider builder, whose U.S. importer registered four in 2012 but reports having sold 20. “We cannot keep up with orders from customers,” Jim Lee reports, “even though the production rate has increased.”

Bristell registered three and was followed by a chain of companies registering two apiece: Arion and their Lightning, Renegade and their Falcon, World Aircraft and their Spirit, and Canadian Light Aircraft and their Bush Caddy. Quite a few more companies at least got on the log and I think it’s fair to say the first half of 2012 represents an improvement over 2011. That’s great and we’ll hope for more progress in the Light-Sport Aircraft sector.

Update 9/5/12 — Shortly after we released the nearby chart, we heard from Aerotrek that we had undercounted their registrations. Besides our regrets — we do strive for accuracy — we repeat the comment that FAA’s database can be a confusing place. Aerotrek’s Rob Rollison sent detailed information to support his registration of six new LSA (the earlier report was for two) in the first half of 2012. He reported three each of the A240 tricycle gear models and A220 taildragger models were registered.

Aerotrek continues to enjoy positive developments. In defending his registrations, Rob wrote, “Every plane I receive from [manufacturer] Aeropro is already sold — we are sold-out eight months in advance at the present time (and it’s been this way for over a year).” Contratulations to Aerotrek and Aeropro. We looked into the data more deeply and corrected the chart.

DISCLAIMER: As always we remind readers that the information presented in the text above and in the nearby graph is derived from registrations as logged by FAA Registration Branch. Figures are not sales or deliveries though over time, these values will tend to be very close. Also, the registration database used for this report may no longer include aircraft that were removed from the registry, slightly altering the numbers. Such removals can occur when an aircraft is shipped out of the USA, is destroyed by an accident, or is taken from Special LSA category to another category like Experimental LSA. Every effort has been made to report the most accurate information available.