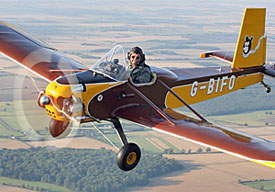 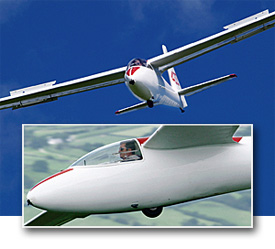 Bird of a Different Sort — Dave explores another realm in a Schleicher Ka-6E sailplane. photo by Duncan Cubitt

Bird of a Different Sort — Dave is nestled in the brute Piper Pawnee, often used to tow sailplanes (note tug mechanism by the tailwheel). photo by Duncan Cubitt 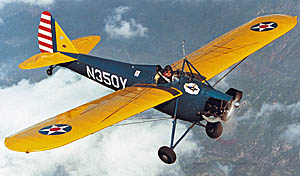 After my post about ups and downs with government and recreational aviation, it’s wise to keep perspective on the sheer joy that flying can deliver. Here’s Brit’ Dave Unwin’s take…

Why fly? I was thinking this just the other day while wading through three piles of unpleasant-looking paperwork. One pile contained reminders regarding renewal of my medical, BFR and BGA BI ratings, another had info on my VP-1’s Permit renewal and insurance while the third, and largest, held news which I planned to refer to while writing ny monthly magazine column called “Push to Talk.” The news was all pretty grim — airfields closing and fuel prices rising, EASA, airspace grabs, the outrageous proposals for the Olympics, Mode S, ad nauseum. Bored (and slightly depressed) I did the only sensible thing — I went flying.

It was a beautiful evening and my demeanor was improving exponentially as I approached the airstrip. Flying, or even simply the prospect of flying, is a great tonic. For most people the sky really is the limit — but if you can fly, it’s just the start. I am very lucky in that I get to fly a lot. There is a constant stream of magazine flight tests, I get to fly the tugs at two gliding clubs, I own a share in a glider and — best of all — I have my own aircraft, which is based on a delightful farm strip only ten minutes from my house. As I work mostly from home, I fly several times a week.

I’ve never been much given to anthropomorphism, but of the hundreds of different aircraft that I’ve been lucky to pilot, four stand out as having real personalities. Curiously, they’re all single seaters. There’s the Piper Pawnee known as “Old Gasper,” the 1931 Buhl Bull Pup, a Schleicher Ka-6E and my Evans VP-1, G-BIFO (known, unsurprisingly, as “Biffo”). Many people sneer at simple, unpretentious machines such as ‘Veeps’, but it’s been my experience that these are the sort of individuals who don’t actually fly very much. Let’s compare the Veep to the Tecnam P2006, which I tested in a recent issue. As much as I’d loved flying the elegant, sophisticated twin, it isn’t really the kind of machine that you pull out of the shed by yourself on a warm summer’s evening, and then simply pop upstairs in for a half-hour bimble at 500 feet. Well, Biffo is.

Biffo’s engine started first swing: now for the challenge of enticing this under-powered machine into the air. I could feel my mood lightening as we raced down the runway, and my spirits rising along with the altimeter’s needle. It was good to be back in the sky. The slipstream was racing past the open cockpit like an icy waterfall and the engine was revving right up to the red line. It’s a heady, intoxicating combination and my senses (with perhaps the exception of my hearing!) were alive to any possibility. Now, where to go? With just a gentle pressure on the stick and rudder pedals I could make the whole world appear to revolve around me — how cool is that? I decided to follow the shoreline of Rutland Water. With my left elbow resting comfortably on the leather cockpit sill, I enjoyed a full, unobstructed 360° view above the wings — a wonderful way to clear the mind. Saint-Exupery wrote, “I fly because it releases my mind from the tyranny of petty things — a sentiment I completely agree with.

The light had taken on that wonderfully sublime quality you often get in the hour before sunset, and the wings glowed in the soft, suffused sunlight. For the thousandth time, I appreciated just how pretty England’s patchwork fields are. I spotted a balloon towards the south and considered chasing it, but a scrap of cumulus had appeared above the disused airfield of North Luffenhamand I decided to investigate that instead. With only 60 horses available, I take every opportunity to increase Biffo’s “total energy” by using the atmosphere for fuel and my intellect as a kind of auxiliary engine. Like most other wood-and-fabric flying machines, Biffo is an aircraft that flies upon the air, not through it. Consequently any rising air can and should always be exploited. I spiraled swiftly up to 3,000 feet on what must have been the last thermal of the day, and then headed for home while trading height for speed.

From the end of the downwind leg I flew a single graceful sweeping curve, then rolled the wings level on short final. The throttle only ever moved backwards — to add power is an admission of misjudgment. A gentle flare, a brief floating moment then all three wheels simultaneously kissed the grass. In my opinion, the subtle and sublime shifting of weight from wing to wheel is profoundly gratifying when it all comes together — and doubly so on a grass runway.

I taxied back in with a smile on my face, basking in the smug satisfaction of knowing that not only could I not have done it any better, but no one watching could have done it any better either. I snapped off the switches, and having suffered the raucous blat-blat-blat of the Volkswagen engine assaulting my ears for the previous hour, the sudden silence was profound. I slipped off my leather helmet, and as my hearing began to return to normal the sounds of evening slowly unfolded, along with the whirling diminuendo of the single gyro as it slowly spun to a stop. Before climbing out I studied the sky, watching the last few scraps of cumulus dissolve into nothingness and wondered if it’ll be flyable tomorrow. It’s a good time to think; sometimes I’ll even jot down a few notes — just as I’m doing now.

Ultimately, that flight had not only helped me write my column but also answered my initial question. All pilots know that the sky is always waiting, but never impatient.

So, why fly? Because I can.