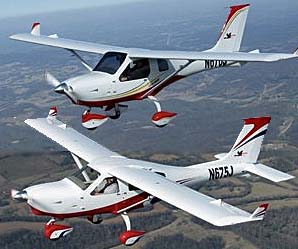 This composite image shows the J230 and J170 Jabiru LSA in flight. 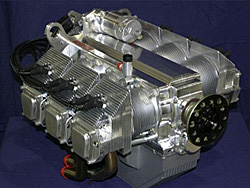 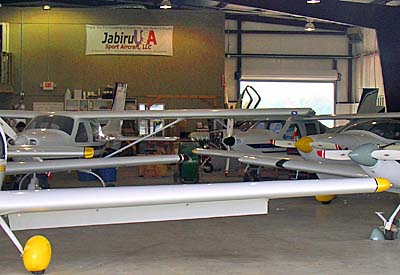 For their 15th anniversary celebration, Jabiru is inviting all owners and anyone interested in light aviation to their Shelbyville, Tennessee headquarters. 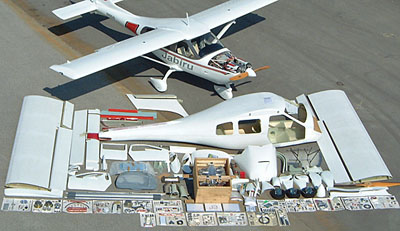 South Africa receives a kit and assembles it, then shipping to the USA, where Jabiru USA completes the airplane.

In the Light-Sport Aircraft industry, many companies are celebrating fairly young birthdays, at least compared to 80-year-old legacy companies in the GA space. One of those is Number 8 ranked Jabiru, with more than 100 airplanes delivered in the USA. That is whole aircraft with that name, but remember, this is one only a very few companies that produces both airframes and engines under their brand. The U.S. outlet for the Australian brand (more on this below) announced, “Jabiru USA Sport Aircraft, LLC will celebrate its 15th anniversary the weekend of October 3rd through the 5th, 2014.” They sent out an invitation for all Jabiru owners, both aircraft and engine, as well as anyone interested in the lighter end of aviation to join them for a celebration. The company said it “will feature a Friday evening cookout with some fun & games, a Saturday breakfast fly-out to Winchester, TN, engine maintenance sessions Saturday morning and Saturday afternoon, a presentation on avionics updates including ADS-B, and a separate session on available engine updates.

Some history is in order for this Shelbyville, Tennessee light aircraft producer. Jabiru USA began in Neenah, Wisconsin, just north of Oshkosh. Back in September 1999 Pete Krotje was appointed a Jabiru dealer and service center for the upper midwest area. He had been flying a Jabiru 2200 on his Titan Tornado and accepted Jabiru’s offer of a dealership. Later, Jabiru Australia reorganized its marketing network for the USA and Pete became a full time Jabiru enterprise in 2001. From then through 2004 the business concentrated on sales and support of the Jabiru 2200 and 3300 engines and quickly became the world’s largest Jabiru engine dealer. During that time period Pete and son Ben — who worked in the family business for many years — developed the first of many firewall forward installation kits, facilitating easier installation of the Jabiru engines into different homebuilt aircraft. For example, Zenith Aircraft has been a significant user of the Aussie powerplants.

After years in Wisconsin — and coping with the difficult winters in that state — Pete moved the business into a larger facility in Shelbyville, Tennessee (south of Nashville) in December 2004. His aim was to begin fully manufacturing Jabiru aircraft for the new Light-Sport Aircraft market that had just been announced that summer. That goal was achieved with Jabiru USA producing 120 LSA-eligible aircraft through the end of 2013. However, the period from 2008 until 2011 and beyond has been a challenging period for any company and likewise for LSA companies. The so-called Great Recession pounded many small business and the more progressive ones looked hard for ways they could improve their business model. Pete did similarly and in 2014 executed on a major change in the way he’ll do business.

Pete reported, “Since early 2014, with the change in FAA approach to manufacturers, Jabiru USA now imports the Jabiru Aircraft line while still developing new firewall forward kits for new aircraft coming onto the market. Service has become a much larger part of the business as the USA Jabiru fleet of engines and airframes mature. Jabiru USA’s A&P mechanics and senior mechanics with Inspection Authorization service or rebuild an engine every week at the Shelbyville location. Jabiru USA’s service department repairs damaged aircraft and performs all sorts of service and inspections for many LSA and experimental amateur built aircraft. Meanwhile, Jabiru airplanes like the popular J230 will now be available for a sharply reduced price … a savings of $25,000! Catch this video to hear more about Jabiru’s new pricing. Those folks who think LSA are getting too costly ought to consider what Pete Krotje and his team have accomplished.

You can also watch this interview to hear about new improvements in the Jabiru 3300 120-horsepower engine: