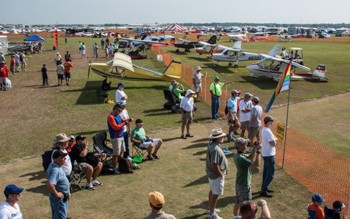 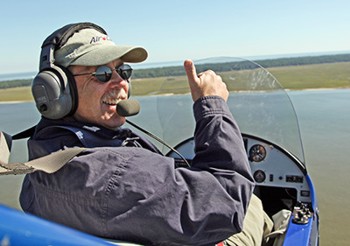 The *** Federal Aviation Administration just released a document about its assessment regarding the performance of the LSA industry, specifically in regard to LSA producer’s, shall we say, sub-par performance toward compliance with the ASTM airworthiness standard set out in the very definition of the Light Sport category. *** U.S. LAMA head and Light Sport industry Carnac the Great (for you older Johnny Carson Show fans) Dan Johnson was interviewed by Bloomberg news. The story summarizes what Dan says was over an hour’s worth of interview to make sure the reporter got the story right. Beyond a few media AlarmThink insertions, it was a fairly decent and accurate overview of, says Dan, what he told the writer. That’s always a welcome sign that journalism has not completely gone over to the infotainment dark side. *** You can read the piece here. *** Dan also has his own take on the FAA announcement, with some relevant links for you, (see nearby article titled: “FAA Clarifies Who Is a LSA Manufacturer”). *** The bottom line? A mini-tempest in the LSA teapot: as Dan concludes, “I believe the better companies have little cause for concern, but all producers and their importers…should review their paperwork and records carefully.” *** And to close with what I mean by “AlarmThink”, here are some semi-amusing excerpts from the Bloomberg piece: *** The headline: Sport-Plane Makers Warned By FAA To Stop Evading Rules. In fact, the industry has been “warned” about this, repeatedly, for some time now. This latest release from FAA is just an official announcement that it’s patience isn’t unlimited, that the industry needs to dot all the i’s and cross all the t’s in its documentation procedures, and that it invites public comment for 90 days, as Dan notes in his blog post. *** The use of the term “crackdown” . Well, no, it’s really not. More like a “Industry folks, probably not so smart to assume we aren’t paying attention.” *** The phrase: “violating safety standards and could be shut down“. *** If it went to extremes, yes, companies could be hammered. Public safety is after all FAA’s mandate and they’d be right to shut someone down for sloppiness in any part of their manufacturing process, including repeated failure to keep track of important verifications that proper work has been done. After all, having a rogue LSA industry doesn’t help anybody. Still, this is a bit of uberdrama. *** And finally this, placed at the bottom of the article when I would think it belongs right up at the beginning: ”Most of the violations uncovered by the FAA involved a failure to keep paperwork…” *** BTW, bunches of online aviation news organ ran with this today.