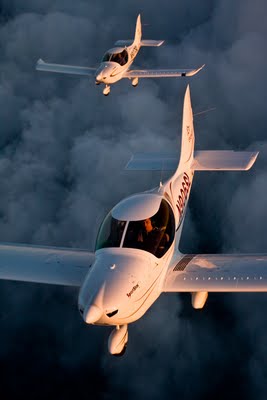 Some long-awaited revisions to the Sport Pilot Rule have just been released and as we’ve anticipated in earlier posts, there are positive improvements. *** First up: the restrictive 10,000-foot maximum altitude limitation for Light Sport flight, which among other scenarios restricted flying over high terrain such as in the Rockies, was amended to allow flight above the limit, with one important condition: pilots must remain at or below 2,000 feet AGL — whichever is greater. *** The proposal to change the original maximum altitude was made to address concerns of LSA pilots about flying safely in the mountains or over large bodies of water. *** Another concern was keeping sufficient altitude over sensitive wildlife areas, where 2,000 feet AGL or greater is often required. *** The rule change only allows for greater-than-10,000 feet if that altitude doesn’t put the airplane more than 2,000 feet above ground level. *** Example: If the highest point on your route is 9,500 feet, you’re legal up to and including 11,500 feet, which is within the 2,000 feet AGL maximum. *** But even if you plan to fly over Lake Superior, you can’t go higher than 10,000 feet, even though it might allow you to glide safely to land after an engine-out, because the water surface is several thousand feet lower than 10,000 feet. Maintaining a safe glide distance relative to shore would still be the prudent flight plan to make. *** Other changes: SLSA aircraft may now be used in Part 141 training courses -and- Flight instructors with a sport pilot rating no longer need to log five hours in a specific make and model of LSA before they can train in it, assuming it’s within the same aircraft set, before giving training in it. *** Rationale: Sets include airplane, powered parachute, glider etc. The change means an instructor in a Tecnam Eaglet won’t have to fly an additional 5 hours of checkout in an Evektor Max to give instruction in it, because both are in the same LSA set: Airplane. *** Aircraft owners or operators must retain a record of the current status of safety directives for SLSA. *** Not adopted: The proposal to require an hour of “hood time” during training was withdrawn. Typically a student wears a hood that restricts view outside the cockpit so students can learn the basics of maintaining controlled flight solely by reference to instruments. The proposal was keyed to aircraft capable of 87 knots or greater max level speed. *** Reason for withdrawal: Since some LSA aren’t equipped with basic IFR (Instrument Flight Rules) gauges used to fly without visual reference, FAA felt it was adding an unreasonable burden on owners and pilots of those aircraft.