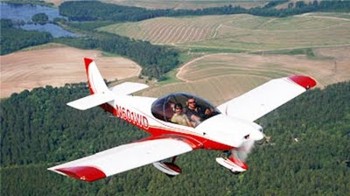 AMD, makers of the Chris Heinz-designed Zodiac CH601XL and CH650 light sport/experimental built aircraft, just got some bad news from the FAA. *** In its Special Airworthiness Information Bulletin CE-10-08, FAA urged pilots and current builders not to fly either model until they make structural modifications to the aircraft. *** Yet another accident involving a CH601XL brings the number to five in the U.S. and several overseas, with numerous fatalities reported. Consistent reports of control surface flutter and in-flight structural failure have plagued descriptions of the accidents. *** FAA directed its recommendation at: “all serial numbers, including special light-sport category aircraft (S-LSA), experimental light-sport aircraft (E-LSA), and experimental amateur-built aircraft” of the two models, citing “several areas of concern regarding the CH601XL…that may impact the overall safety of the design. Those causing the greatest concern are as follows: *** Wing structure: …the basic static strength of the CH601XL/CH650 does not appear to meet the intent of the ASTM standards… *** Structural Stability: …buckling in the wing structure, including in the center section. *** Flutter: …The FAA believes flutter may either be a first order root cause of in-flight structural failure or a secondary cause after some initial wing structural deformation or twisting. *** Airspeed calibration: Calibration procedures do not appear to adequately account for basic static pressure source error due to the location of the static port…The situation could lead to the potential of operating the airplane above the maneuver speed and/or the design cruise speed, potentially leading to structural failure. *** Stick force characteristics: Flight test data from foreign authorities indicates at aft center of gravity the stick forces become very light.” *** A Safety Directive/Safety Alert from AMD is expected soon. Recommendations will reportedly include structural changes to the airframe. *** —photo courtesy AMD