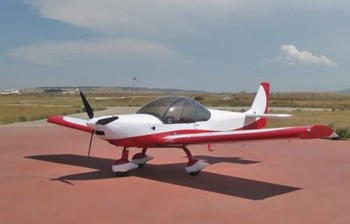 The hubbub continues to brew around airworthiness concerns for the AMD Zodiac 601 and it’s sibling 650 model. Scroll down this page for background on the story. *** Spicing up worries over Zodiac airworthiness comes news of a potential conflict between NTSB and FAA regarding what level of action the fedgov should have taken – months ago. *** Timeline… *** Thursday: For the first time ever, FAA ordered no new airworthiness certificates will be issued for the entire fleet of Zodiac CH-601XL series aircraft until safety mods are installed. *** Friday: NTSB, in an advisory news release, reported yet another Zodiac in-flight break-up – and fatality. The Board took the opportunity to remind us that it had urgently recommended to FAA – back in April 2009 – that it ground the design, after numerous crashes and fatalities, until the problem was effectively addressed by the manufacturers (AMD for SLSA, Zenith for kits). *** FAA had already implemented, last week in its Special Airworthiness Information Bulletin (SAIB CE-10-08 – see blog entry below) a de facto grounding of those aircraft not in compliance with modifications put out by AMD, to resolve aerodynamic flutter and other related concerns. *** But: FAA’s action only addressed manufactured versions not in compliance with the mods. It did not include experimentally-built versions, of which there are hundreds out there flying or being built. Only voluntary grounding of homebuilts was advised by FAA and Zenith. *** The Kicker: this latest Zodiac crash was indeed a homebuilt version of the troubled design. NTSB in its release seems to be saying, “Told you so – now please do something about it!” *** FAA’s position in April was that there was insufficient justification to ground the entire fleet. *** Another Zodiac pilot is dead. The obvious question: Could that life have been saved by sterner FAA intervention last Spring? *** Meanwhile, Zenith , FAA and EAA now recommend – but still do not require – that all Zodiac CH-650 and CH-601XL aircraft remain grounded until mods are effected. *** If no stronger directive is forthcoming, “It can’t happen to me” types might not make the mods, keep flying, and pay the ultimate price. *** If ever there was a time for mandatory grounding, wouldn’t this be that time? *** My POV: *** Again I ask the question — what precisely is the rationale for not installing parachutes in every LSA — or GA aircraft for that matter — when available? *** How many of the dozen or so Zodiac deaths around the world this last year might have been prevented if ballistic ‘chutes had been aboard? *** No way to know. *** But when it comes time for you to make that call, picture this equation: *** the grieving faces of your loved ones vs. whatever small gain in performance you get by not carrying a chute. *** I rest my case. *** —photo of Zodiac courtesy of Zenith