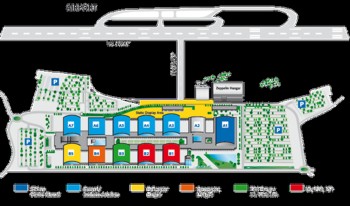 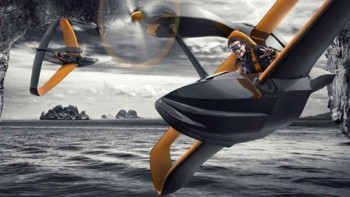 Aero Friedrichshafen, Europe’s big annual GA convention, has more than 600 exhibitors showing their wares and innovations right now through tomorrow. *** Sub-titled The Global Show for General Aviation, if you want to see what’s happening and what’s coming down the pike, you’ll not find a more intensely focused representation than at Aero. *** The show spreads displays from many big names and newcomers alike, up through bizjets, across its 11 big hangar-style display areas. *** I like this show, although lamentably I’ve yet to go, because it never fails to draw cool new stuff, in particular Microlight/LSA developments and electric and solar powered birds. Thousands of visitors flock to the “e-flight Expo” at Aero, in its third year as part of the show. *** Two big events will highlight the show this year: the Berblinger Flight Competition and the awarding of three LEAP prizes from Erik Lindbergh (Lucky Lindy’s grandson). *** The Berblinger event involves 36 teams, most of them from Germany (23), although none from the U.S., and two parts: a technical award (and €100,000 prize) to be awarded today at Aero; and a flight competition later this year in the city of Ulm in which teams fly a specific course while being judged by several environmentally significant parameters including noise level, energy use and overall performance. *** The Lindbergh LEAP prize will award the most notable electric advance, best electric design, and best electric systems and technology, similar to its Oshkosh 2010 awards. *** And now for Something Completely Different: FlyNano, a kind of… well, stay with me here. Look at the artist’s concept photo. Now, do you agree with me that it looks like a personal flying watercycle? *** This no-cargo, one-person, fun-flying, joined-biplane ultralight will take off and land in the drink. Wow! What a hoot this thing could be… or a complete boondoggle. *** Call it Icon-Light: • Empty weight (it’s mostly carbon fiber-built) will be under 155 pounds; • gross weight 485 pounds; • wingspan 15.7 feet, nose to tail; 12.4 feet; height 5 feet; • cruise 87 mph; • landing speed 43 mph; • nearly 600 fpm climb rate; • and a range of 21 miles. *** Power comes from a pylon-mounted 20kW electric motor (24hp and 35hp gas motors also available. *** Deliveries projected for summer of this year. Prices range from €25,000 to €27,000, around $40,000 USD. *** I’ll be watching to see how this takes off in Europe *** Could this be the market-killer fun-flying jetski concept that Icon’s much-ballyhooed amphib, still in development after three years, has yet to deliver to the market? (Latest delivery projection from Icon: late this year) *** If FlyNano does what it claims, even though it only carries one pilot, heck, people could buy four for the same price as one Icon and have money left for gas… a lot of gas.  *** And in the U.S., it would qualify as an ultralight — no sport pilot license needed as with the Icon, since it’s well under Part 103’s max 254 pound ceiling. *** Of course, these are two decidedly different aircraft… but Icon’s stated mission — to create a fun-flying, easily portable flying water craft — well, that’s kinda the same. *** Stay tuned on this one. I want to see one of these puppies fly. *** Tomorrow, I’ll have a report on the Elektra One electric monoplane I blogged about a few weeks ago: it’s at Aero 2011 also.