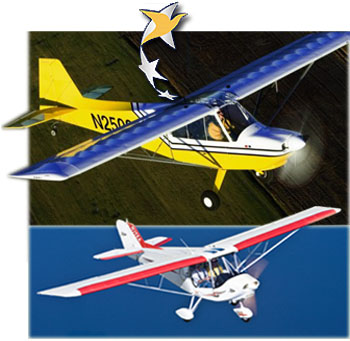 If that headline didn’t cause you to turn away in boredom, let me tell you why it’s important: American producers of LSA could find a golden opportunity. Broader acceptance of ASTM standards is good for the global LSA producer community. But the main impact may be for Light-Sport Airplanes made in the U.S. of A. *** Though the example applies to any U.S.-built airplane, let’s take a ready-to-fly Rans S-7LS, selling for $85,000 in America. Today’s exchange rate is 1.58 dollars to 1.00 euro. So, a European pilot who buys an S-7LS will pay 53,800 euros (plus shipping, taxes, etc.). For EU residents, spending one euro feels much the same as it does for an American to spend one dollar. Yet when they receive 53,800 euros for an S-7LS, Rans earns a similar profit as from an $85,000 sale in the USA. *** LAMA president Tom Gunnarson — in the Czech Republic today for a show and meetings with EASA (like FAA) officials — said that under European Light Aircraft (ELA) category 1, “EASA is proposing to create a Certification Specification for Light Sport Aeroplane (CS-LSA)…having a max takeoff weight of 600 kg, the same as an American LSA.” With LAMA board member and European representative, Jo Konrad, Gunnarson is attending EASA meetings to assure LAMA members are well represented.