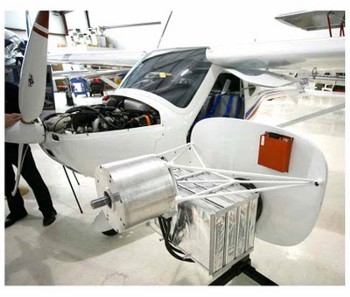 A couple quick items today to keep the props spinnin’ and the wings liftin’. *** A few weeks back I posted here about the Yuneec e430 all-electric LSA and its entry as a finalist in the Brit Insurance Design Museum Award. I know; sounds kind of doofy, but in fact is a very prestigious affair. *** Anyway, word comes today that Yuneec won the top prize for transportation, beating out, among others, Mercedes Benz, Honda and Nissan! *** Congratulations to Yuneec for this unexpected accolade, which can only help enhance LSA awareness around the world. *** Companion item: EAA posted some info on its upcoming AirVenture program and electric aircraft are going to play a key role. *** Guess where I’ll be at least part of the time? Hitting the electric showcase flights as well as display booths relating to the new technology. *** Here’s an excerpt from the release linked above for the show (July 26 to Aug 1): “The innovation and technology of the emerging era of electric-powered aircraft will be a major part of EAA AirVenture,” opens the blurb. Key words: “major part”. That’s strong language for a show that works so hard to cover the entire spectrum of aviation every year. *** In addition to afternoon showcase flights every day, there will be evening flight demos and displays and forums in AirVenture’s Aviation Learning Center. “Hosting the pioneering technology of electric aircraft is a natural for EAA AirVenture,” said Tom Poberezny, EAA president and AirVenture chairman. *** Look for Yuneec to be back, along with Sonex Aircraft and it’s electric-powered homebuilt, Tom Peghiny’s eSpyder ultralight, at least one other electric ultralight I know of that’s still hush-hush, and projects like after-market hybrid/electric aircraft powerplants such as Bye Energy’s Green Flight project which is ramping up on Colorado’s Front Range. *** As we saw back in the early ’80s, when EAA gave the emerging ultralight aircraft concept its place in the spotlight, the organization will be solidly promoting “green” flight innovations. *** EAA petitioned FAA in 2008 to allow electric motors as powerplants for LSA, as there is no specific provision for same at this time. *** For those of you overseas or planning to go there, the big European aviation show, Aero Friedrichshafen, kicks off in Germany next month just before Sun ‘n Fun. The show always has lots of exciting new developments.