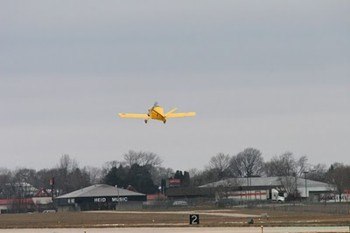 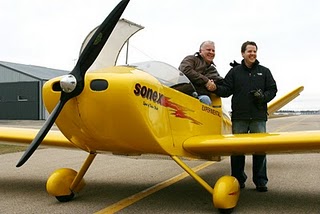 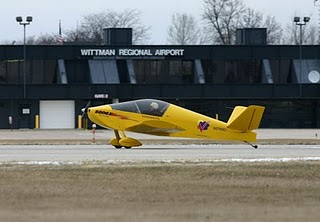 Followers of these exciting pioneering days of electric-powered aircraft will be happy to know the  all-electric Waiex just made its maiden flight at Wittman Field, home of Oshkosh Airventure — and Sonex Aircraft. *** John Monnett, head honcho of Sonex, which built the proof-of-concept version of its Waiex kit aircraft as part of its E-Flight Initiative, took the controls for the flight, tasked primarily with breaking out of ground effect to analyze in-flight system performance. *** After landing, John said, “Whew. It’s different! Lot of power.” *** The program started four years ago, and involves the airplane and Sonex’s development of its own proprietary motor, battery and speed controller — all vital parts of electric propulsion technology.Jeremy Monnett, John’s son and CEO/General Manager of Sonex, said the company will test the aircraft over the next several months and has already begun design work on the fourth version of the motor and twelfth version of the motor controller, which will be integrated into the current Waiex test bed. *** Sonex has been building popular kit airplanes for decades, including Light Sport-legal designs. It also produces its own line of supporting aviation products including the AeroVee engine, which powers many of its designs. *** The standard Waiex kit was modified with an E-Flight 54kw brushless DC electric motor, E-Flight electronic motor controller, 14.5kw-hr lithium polymer battery system, E-Flight battery management system, and E-Flight cockpit instrumentation and controls. *** You can keep track of the E-Flight design team’s progress here. For a video of the historic flight (these are the Wright Brothers days of e-flight, after all), scroll down the page here.