The PC-Aero Elektra One production electric-powered aircraft. Next up: a two-seat version, then a four-seater. 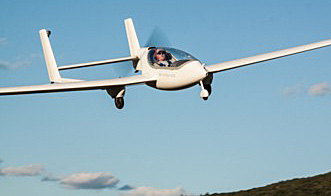 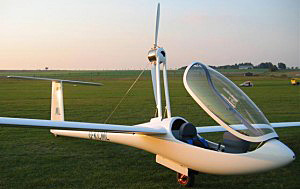 The gorgeous Lange Antares 20E electric sailplane. Most all electric designs to date optimize aerodynamics to minimize the electric power required for flight. Battery storage for conventional-style aircraft just doesn't have the muscle yet.

With all the bright minds drilling down for electric flight gold worldwide these days, including extensive research into battery storage technology and electric motor development, you’d think it’s only a matter of time before a major aircraft company comes out with an off-the-shelf aircraft to officially “launch” electric flight for the masses.

Yuneec, a Chinese company, did just that a few years back with its graceful E430. Several other companies debuted exciting electric prototypes yet since then, little has manifested under the pilot’s Christmas tree beyond a $200,000-plus electric-sustained sailplane (the elegant Lange Aviation Antares 20E), a composite motorgliderish single-seater that goes for around $140,000 (PC Aero Elektra One) and a two-seat, side-by-side electric powered sailplane (Pipistrel Taurus Electro G2, also available gas powered.)

Of course, we can’t overlook pioneer Randall Fishman‘s efforts. He’s the retired jeweler who wasn’t content to wait for the wheels of technological change to grind their way to his hangar door. He debuted his own concoction, the ElectraFlyer Trike, in 2007 at Oshkosh. Everybody got very excited. He’s sold quite a few of the hour-flight-per-charge units and just debuted an all-composite ultralight, the ElectraFlyer ULS motorglider that I did a recent column on in Plane & Pilot magazine. It’s in production for $60,000.

Current and imminent electric aircraft are of necessity optimized for maximum aerodynamic efficiency, due to the energy density discrepancy between gasoline and state of the art production battery systems such as LiPo (Lithium Polymer) and other formulations which deliver just 12% of the energy of gasoline, when compared pound for pound to gas. That’s what is meant by “energy density” – the amount per pound of energy any storage system can carry.

Current research indicates battery technology could well double, and double again, over the next five years. Meanwhile, electric power is the bottleneck to rapid progress in this field.

We’ve seen other adaptations of electricity to existing airframes, such as a super lightweight Lazair ultralight (that lovely, gossamer flivver from the 1980s) that optimizes efficiency another way by having very little load to lift and keep airborne.

But for the basement tinkerers among us who like a little cayenne pepper mixed in with their healthy veggie stew here’s a refreshing wrinkle: an inveterate homebuilt aircraft junkie, Robert Baslee, was challenged by National Geographic to build and fly an electric powered aircraft in just 48 hours!

The whole reality tv-style circus was filmed by a NatGeo camera crew for broadcast. Talk about the potential for Nixonian flop sweat! I won’t spoil the surprise for you: Here’s the story on how he fared.