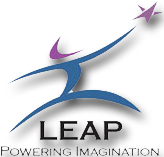 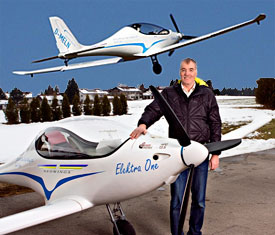 Calin Gologan is the man behind PC-Aero’s Electra One that impressed AirVenture 2011 visitors. The design has also been shown on tricycle gear. 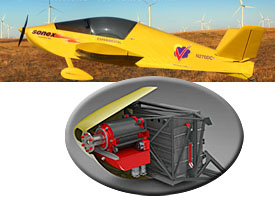 Sonex has been putting heart and soul (and a good measure of cash) into their eAirplane, which debuted in 2007.

A wide range of people sat in a room used all day long by the ASTM Committee that develops the LSA certificate standards. Apparently sitting in a room all day — while the sun shown brightly and the flying would have been great — was not enough punishment for this hard working crowd. Indeed, nearly 30 persons willingly stayed into the evening. What drove such dedication? Electric-powered aircraft. *** The G-30 assembled to work at forming the Electric Aircraft Development Alliance (EADA), a brand new industry organization specifically aimed at electric-powered aircraft. Representatives came from Sikorsky, Yuneec, Pipistrel, Sonex, Alternair, Electra One, Cessna, Bye Aerospace, Lockwood Aircraft, Embry Riddle, FAA, EASA, LAMA, and others. LEAP, the Lindbergh organization, lent energy to help assemble the group and, indeed, they drew a number of people that had not traveled to Tampa, Florida for the ASTM meeting. *** Passion was on display as individuals spoke strongly about the need for an industry organization and how to bring it to reality. The brain trust in the meeting saw many potential applications for electric power from leisure aviation to military (for duties such as surveillance) to air transport. Yet for now, the focus is on Light-Sport Aircraft and on true Part 103 ultralights, the latter being viable electric aircraft today. Yes, you can go out and buy and fly a pure electric Part 103 ultralight now from
Electra Flyer. Does it seem too far out to you, especially those readers that will not consider an ultralight? *** Perhaps, but celebrated developer Calin Gologan grasped the charm and appeal of Part 103 and stated that he plans to bring a legal Part 103 Electra One — with batteries counted in the tight 254-pound limit and meeting Part 103’s speed and other parameters — possibly by May 2012. I quizzed him to be sure he meant total empty weight of 254 pounds includes the battery. He did and this will deliver a 20-minute flight under power. However, with a great glide (30:1) and with solar collectors to recharge the batteries, 20 minutes of power could yield hours of flying. Now this aircraft will be a more expensive choice (beyond $100,000) but it is different than most Part 103 aircraft as it has a full fuselage and enclosure plus composite structure. Even a small number of buyers would allow Gologan to collect data valuable to further prove the electric concept to regulators and others. *** Calin observed that while battery development continues, airframe and motor investigations should continue. Assuming batteries evolve that store plenty of power and charge quickly, it would be a shame if the aircraft or if regulation development fell behind and had to be rushed once the batteries were ready. Thus, Calin feels these should be parallel investigations perhaps compared to the great chef who prepares a meal such that it can be served at one time. *** Part 103 aircraft require no pilot license, no medical, and no N-numbers. Aircraft can be sold ready to fly. A few buyers intrigued by electric flight could choose the Part 103 Electra One and enjoy high-tech electric-powered flying in a “real” aircraft in the very near term. Those early adopters would be contributing to the development of electric airplanes. It’s an exciting time in aviation.