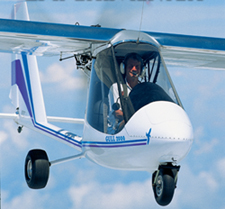 After flying many light-sport aircraft, one of those I loved the most was this Gull 2000. In the future you should be able to buy it fully built. Read my Gull 2000 report.

For years, many pilots have admired the Thunder Gull line of light aircraft from Earthstar Aircraft. However, obtaining one in a short time has been difficult because Earthstar remains a small company focused on groundbreaking developments by talented owner/designer, Mark Beierle. Avicom in Israel recently announced a venture to fully manufacture the Light-Sport Aircraft models Mark has elected to pursue. I know the fellows in Israel and this looks to be an excellent joining of aviation talents and enthusiasm. It should introduce more Earthstar aircraft to aviators in the U.S. and around the world.