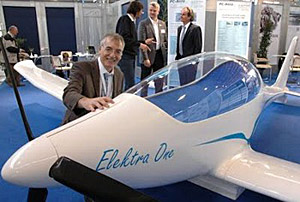 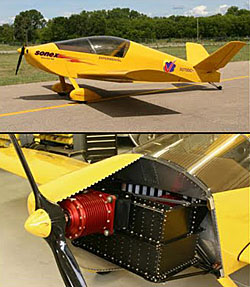 Surprising word came today while hanging out at the Piper Sentimental Journey in Lock Haven, PA, that EAA has canceled its Electric Flight Challenge until next year’s AirVenture show to give manufacturers more time to satisfy FAA’s Phase 1 requirement. *** What’s Phase 1, you ask? Read on. Today’s release, announced the postponement even though there was “a strong influx of applications… nearly a dozen”, whatever that means — 11? 8.3? *** Anyway, a $60,000 Electric Flight Prize was to have been awarded after three flight competitions and an “innovation evaluation” at this year’s AirVenture (end of July). *** Now for Phase 1: EAA explains it’s the requirement for the normal 40-hour “fly off” period typically flown by experimentally-built kits, to verify the aircraft is safely controllable throughout its normal speed range and all expected maneuvers. *** Chairman Tom Poberezny was quoted as saying that, in essence, too many of the competitors wouldn’t have enough time to finish flying off their hours before the challenge began. *** All in all, pretty disappointing news and a bit of a PR loss for EAA since it was ballyhooing the event on its website. Nonetheless, it’s the right call, and a smarter, safer move for EAA to ensure these aircraft live up to the excitement rather than getting the wrong kind of headlines in front of hundreds of thousands of enthusiasts and media cameras. *** In homage to the almost-event and not to be completely squelched, EAA promises many electric birds will be on display throughout AirVenture. *** That includes showcase flights from certain aircraft. Which makes one wonder how FAA allows showcase flights but not competition flights, but let’s not quibble. Maybe they will only be production electrics. Maybe there’s a Reg A.2b-97i subpart 5/3a in the catacombs somewhere that covers it and what do we care as long as we get to see electrics fly? Last year’s silent, impressive flight of the production-version Taurus Electro was thrilling. *** Still scheduled is the second annual World Symposium on Electric Aircraft, set for July 29-30. I sat through the whole thing last year. Many brainy speakers and leaders of the movement gave fascinating accounts of this new wave of flight. I’ll definitely be there again this year. Register at the link above to make sure you get in…although the link they have isn’t active yet… but keep trying, it’ll be hot soon enough.