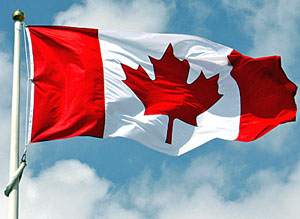 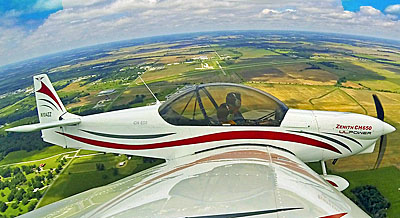 One of Canada’s most famous aircraft producers is Zenair, a sister enterprise to Zenith Aircraft based in the USA. 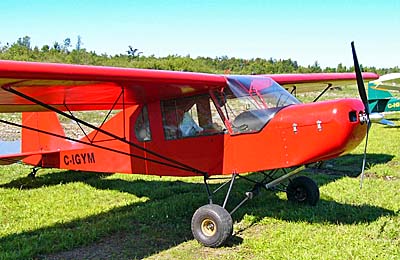 You may not be thinking about it now while the snow swirls and piles up in mountainous white drifts, but in a few months, Canada will again be a very scenic place to fly. May an American LSA owner do so?

While a growing number of countries around the world have been steadily embracing use of ASTM standards — as are used to gain FAA acceptance in the U.S. — Canada has resisted the trend. America’s neighbor to the North has another category called Advanced Ultra-Light Aeroplane (AULA) that is very similar to LSA and has worked for Transport Canada for years.

Canadian authorities have subtly changed the game and relaxed the cost of flying your Yankee LSA north of the border. According to writer Patrick Gilligan, “An exemption by Transport Canada (TC) makes it more affordable and less onerous for Light Sport Aircraft (LSA) from the United States to be flown into Canada.”

The good news is that a former $100 fee has been eliminated. The bad news is that TC still requires a private pilot certificate with a valid medical.

How about Canadians who want to own and fly a LSA in their home country? TC is still considering industry proposals. However, Gilligan wrote, “While the recommendations work their way through the bureaucracy, there are three existing aircraft categories into which a LSA can be registered in Canada.”

Method one is that LSA can be registered in the Advanced Ultra-Light Aeroplane (AULA) category. (A Basic or BULA category allows for simpler, more American-style Ultralight Aircraft.) The manufacturer must make a “Fit for Flight” statement, conform to AULA standard TP10141, appear on TC’s eligible list, and meet other conditions which can be found here. The aircraft cannot gross more than 1,232 pounds with no float allowance.

Method two is LSA can be registered in the Amateur-Built category. Aircraft in this category have no weight or seat limitations and “LSA ASTM maximum takeoff weights are 1,320 pounds or 1,430 pounds if the aircraft is operated on floats.” An LSA using this category must meet a 51%-owner-built requirement and the aircraft must be on the joint FAA/TC eligibility list or pass a determination. Gilligan added, “The pilot/owner must hold an appropriate license to fly the aircraft in Canada, which is at least a pilot permit-recreational or a private pilot license.”

Method three is that LSA can be registered Limited Class, which was developed to allow old out-of production, non-certified aircraft but LSA can be included in this category. Gilligan explained, “This category does not have a weight limitation but LSA ASTM maximum takeoff weights are 1,320 pounds [with a] 1,430 pound allowance on floats.” A Special Flight Authority application is required for flight into U.S. airspace. Special approval is needed from Transport Canada.

Most countries, even those that say they fully embrace Light-Sport Aircraft approved to ASTM standards, tend to add some of their own regulation. So Canada can hardly be blamed for sticking to their AULA sector, which has a far longer history than FAA’s SP/LSA rules. It appears most government agencies prefer to show their independence and not perfectly imitate FAA.

While LSA are now better accepted in Canada, authorities in that country do not presently welcome flying by those holding a Sport Pilot certificate. So far only the only country outside America that does accept Sport Pilot is the Bahamas. You’ll still need a medical and your Private certificate or better but duly licensed Americans can at least fly their LSA over the many lovely parts of Canada.