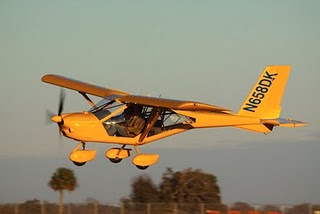 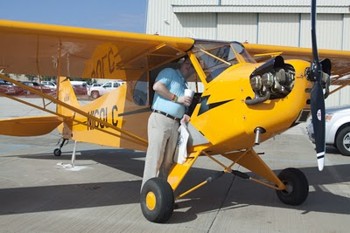 I just finished a column that’s becoming an annual event: talking with Avemco Insurance‘s VP Mike Adams, who filled me in on the general picture for LSA accidents, claims and what it says about pilot’s flying habits and the market strength as well after two brutal years trying to grow a fledgling industry.That column will be out in the mag this spring. The short tell is: rates haven’t gone up…and they haven’t gone down. We’re in a general market stagnation where new pilots are replacing those who are dropping out. *** Pilot accidents are less frequent, especially experienced GA pilots, because Avemco’s 5-hour minimum transition requirement before they’ll write a policy for a new LSA owner is helping pilots get the touch they need to fly these aircraft well.  *** LSA are generally lighter in weight than the birds they’ve flown all their lives, and the initial experienced-pilot mindset tended to regard them as toys instead of a new type of aircraft that deserves respect. *** Another thing Mike touched on is the high cost of repairs after an accident. That’s because repairs require insurance companies to mostly buy new parts at retail price…there just isn’t a deep supply of used and salvaged parts yet for LSA, while there certainly is for GA airplanes. *** And that brought me to wonder just what used LSA are going for these days. *** I checked Trade-A-Plane‘s website and pulled up around 20 for sale. Although many didn’t list prices, the majority did, along with TT (total time on the airplane) and a list of installed instruments and other options.I cherry picked a few to give you an idea what the used market is looking like for LSA that are one to five years old.  *** Prices have dropped considerably for many airplanes. Sometimes they’re older models with higher hours. Sometimes the owner is simply moving on to a new bird. *** Here’s the sampling I picked. • 2009 Gobosh 700S 250hrs TT $112K • 2008 CubCrafters Sport Cub S2 80hrs TT $134K • 2008 Jabiru J-230 $96K no TT listed • 2007 AMD Zodiac CH601, all mods as of 3/19/11 155hrs TT $75K. (The modifications are significant involving extensive airframe alterations.) • Zenair 601XL (2 available) both built by “old experienced A&P mechanic,” rebuilt Lycoming 0-235s, one has 60 hrs TT, the other was just finished, $60K each, upgrade kits on each • 2007 Dova Skylark 64hrs TT $160K invested, asking $119K • 2007 Evektor SportStar Plus 135hrs TT $85K • 2007 FPNA Valor 525hrs TT $55K • 2007 Rans S-6S Coyote II, 100 hp, kit built, 102hrs TTAF $47.5K • 2007 Remos G3 1450hrs TT, $59K • 2006 American Legend Cub 495hrs TT, 120HP Jabiru $75K • 2006 Flight Design CTSW 150hrs TT $75K *** To my eye, we’re beginning to see some real deals out there. That bodes well for the industry. *** Some of these planes may go to schools, others will get more pilots flying, or keep those older dudes and dudettes in the air. *** And since this is still a new fleet, you can likely find a top-shape airplane for tens of thousands less than new. *** Here’s your chance to get into the game if brand-new isn’t on your must-have list.