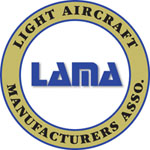 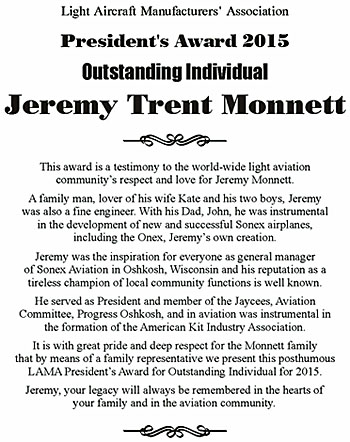 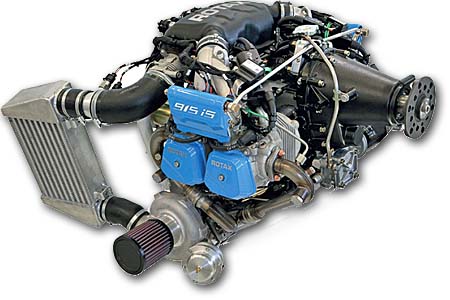 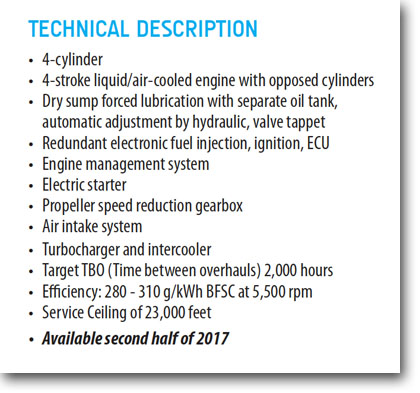 The Light Aircraft Manufacturers Association gave a press conference to a full house. LAMA enjoyed a terrific opening day in its mission of advocacy for Light-Sport, light kit, and ultralight aircraft. Partnered with the U.S. Ultralight Association (USUA), LAMA participated in two very productive meetings, one with EAA’s advocacy experts and another with several key FAA personnel. USUA’s Roy Beisswenger and I hope for good things to follow but felt highly energized that we moved closer to some goals we believe can truly help the light aircraft industry and its pilots.

That was the “business” portion of LAMA’s press conference, but we kept it brief as we had a more meaningful message to deliver.

LAMA has presented its President’s Award for 24 years running to an outstanding individual whose work benefitted the light aircraft sector. Announcing this year’s recipient was one of those bittersweet moments. LAMA Founder Larry Burke solicited votes from about 800 members of the LSA business community and the convincing winner was Jeremy Monnett, the young business leader who was managing the company his father built (Sonex) when he was tragically killed in an accident.

Jeremy’s father and mother John and Betty supported Jeremy’s wife Kate and one of their sons along with many of the Sonex team as the family received the award in a heartwarming, emotionally-charged presentation.

I was honored and moved to present this award and to deliver some remarks prepared by Larry Burke because last-minute changes prevented him from attending this year’s AirVenture 2015 as originally planned. All of us in the aviation community offer our sincerest condolences to the Monnett family and Sonex team for the loss of this fine young aviator.

Yet, as Jeremy would have preferred, aviation must continue to advance and it did with a presentation from Rotax Aircraft Engines.

Lead by their capable Marc Becker Rotax BRP officials packed the press conference room to capacity for the rollout of their brand new Rotax 915 engine. This company is widely known for their 9-series engines that just got a bit bigger and a third more powerful.

Marc related many interesting facts, among them the 50 million hours logged on Rotax aviation powerplants, with that enormous dataset growing by five million more hours every year. Clearly one of the most successful companies in aviation, Rotax is going even further with their 135-horsepower (100 kW) Rotax 915.

The new 915 is a fuel injected engine also using a turbocharger so it can maintain power up to 15,000 feet, Marc announced. In a Q&A session where many quizzed the BRP team, Marc said the 915 has already logged 2,000 hours on the dyno tester. The engine will continue to go through Rotax’s typically thorough testing and will reach the market in the last half of 2017.

In addition to their own testing, Rotax is careful to work with their large group of OEMs (Original Equipment Manufacturers) to assure the mounting and general installation of their engine is as solid and finished as their engine design and manufacturing. In fact, it is this high standard of care that ensures customers have great experiences with Rotax engines.

In our LAMA meetings mentioned at the start of this article, we are working to ease the regulation logjam that prevents gyroplanes from being Special fully-manufactured LSA in the USA. In discussions, we often relate that Rotax reports selling more 912 engines to gyroplanes than any other aircraft segment because overseas, gyros are selling strongly, lead by the AutoGyro company. So perhaps it will surprise few that AutoGyro USA already had a 915-equipped model in their space at Oshkosh.

In the spirited Q&A session, Rotax officials were asked about the 915 on light helicopters, which often need more oomph. Plant manager Thomas Uhr confirmed such use and I can imagine LSA seaplanes like Icon and MVP may also move to the more potent engine as they also benefit from strength during the critical water launch phase.

The nearby chart shows more facts about Rotax’s new 915 engine and you can investigate further at this link.