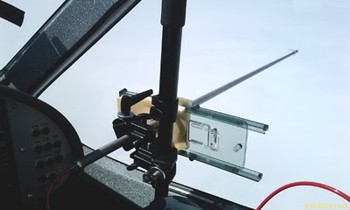 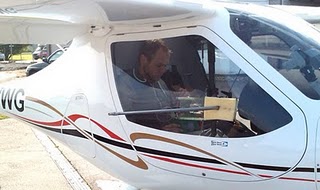 Here’s a hot item that should shake the dust off the notion that LSA are little toy airplanes. (Sorry, couldn’t resist.) *** With all the concern recently over ash cloud emissions from Iceland’s Eyjafajallawhatever volcano that disrupted global air transportation (and also revealed how precarious airline business models must if, as reported, they were in drastic financial jeopardy after only a few days of lost revenues), comes this fun and good news: *** A specially equipped Flight Design CT Supralite has been called into duty to measure atmospheric volcanic dust levels.  *** The Supralite is a version of the European CT line that is popular here as the CTLS. *** Duesseldorf Technical University’s Department of Volcanology set up the ongoing study, including rigging the cabin with an oxygen system for higher altitude measurements. *** The program includes monitoring sulfur and particulate concentration in levels from 1,000 to 14,000 feet. The objective is to create a clearer picture of the density and dispersal pattern of volcanic ash clouds. *** The CT makes a great research aircraft because of its good climb (1,000 fpm) and high ceiling capability over 14,000 feet.  Add in the fast cruise, long legs, roomy cockpit for instrument monitoring equipment and the low cost of operation, and it’s easy to see why the University chose the Supralite. *** “As the CT series is a perfect survey aircraft,” said Flight Design’s CEO Matthias Betsch (who was himself delayed returning to Germany from Sun ‘n Fun 2010 by the ash cloud). “Flight Design believes that more of its aircraft will be used for this kind of purpose.” *** Just another example of how LSA are working their way into the mainstream by demonstrating utility.