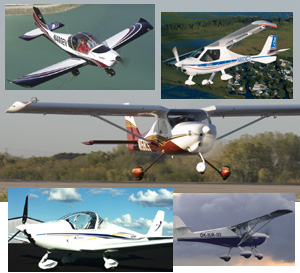 See — and fly! — the industry leading Light-Sport Aircraft from all across the nation. The season-opening airshow has high wings, low wings, mid-wings, flex wings, ‘chute wings, rotary wings, and more.

We’re down to the last week before the 2007 Sebring LSA Expo kicks off a new year in sport aviation. In attendance will be every market-leading airplane and some in the works. One of the most watched of these is the Cessna LSA. The company is still working on their “business case,” a formal plan for the Textron board to allow them to consider Cessna’s proposed entry to the world of Light-Sport Aircraft. But while the Wichita giant makes its decision key Cessna people will staff the company’s exhibit at Sebring…virtually sealing the case for the Expo being an important event on the LSA calendar. Sun ‘n Fun has also bought space to promote their full airshow in April. EAA will be hosting a whole series of forums. LAMA will holds its annual member meeting. And other groups will gather. Media people are asking for credentials. Bob Wood and his team are ready for a crowd at this season-opening trade show. Let’s go flying!