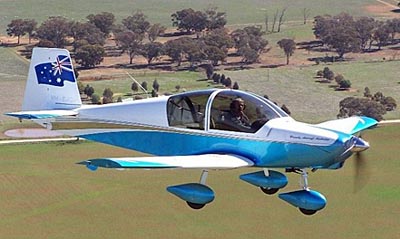 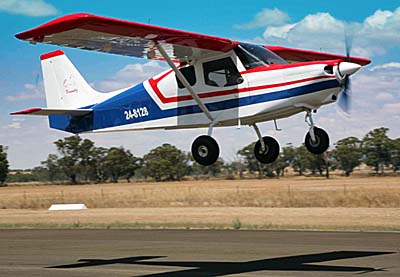 Brumby’s 600 model is a low wing and the newer 610 is a high wing design. all images courtesy of Brumby Aircraft

Many Americans know that other countries can adopt ASTM standards to gain approval for Light-Sport Aircraft. One of the first to enthusiastically do so was Australia. The down-under nation also has close contacts with China, which has been buying various kinds of natural resources from Australia for years. So, when you hear an aviation company has made a deal with China, you might shrug and say, “What’s new? Everybody seems to be doing it.” You’d be partly right, but for Americans, most of the action seems to be with U.S. companies plus some from Europe. How about a company you probably never heard of making the deal? Let me introduce you to Brumby Aircraft, a twenty year old aircraft producer that embraced the LSA phenomenon and recently secured what sounds like a strong opportunity.

The Aussie company announced it signed a $50 million deal with a Chinese aviation conglomerate that will see Brumby Light-Sport Aircraft (photos) used in China for primary training. “The deal with AVIC is for a joint venture to produce the Brumby 600 and 610 light sport aircraft in a 10,000 square meter (107,000 square foot) specially-built factory in Fujian Province.” Abbreviated as AVIC, the Chinese Aviation Industry Corporation is a Chinese government-owed company that has been expanding for several years to take advantage of the rise of general aviation in China. The company also owns Cirrus Aircraft and Continental Motors, as well as Chinese manufacturers Harbin and Nanchang. Representatives of Brumby and AVIC signed the deal at Parliament House in front of the Deputy Premier of New South Wales Andrew Stoner and local members of parliament earlier this month.

The new Chinese factory is expected to produce 280 aircraft over the first four years of the 40-year deal, with aircraft completed in China for the local market. Aircraft for sale in Australia and New Zealand will be shipped to Brumby in components where engines, avionics, interiors, and custom painting will be done. Brumby Aircraft’s Paul Goard, said the Chinese deal will free up the Australian factory to expand and to start work on the four-seat Aircruiser, as well as assembling the Light-Sport Aircraft for the Australia and New Zealand markets. The four seater is not part of the new agreement. “We’ve been working towards this for some time,” he told Australian Flying magazine. He added that the joint venture between Brumby and AVIC will allow the enlarged company to deliver airplanes in a much shorter time. “It takes us 12 months to get a plane out now; we should be able to do it in about eight weeks,” Goard said. “It’s quite a big deal because only certain planes are going to be allowed to fly in China to start with, and this is a government company. Our plane will be used as a primary flight trainer in China.”