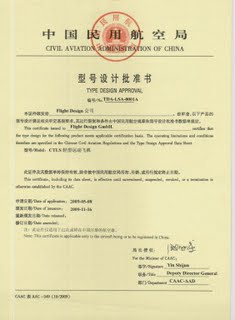 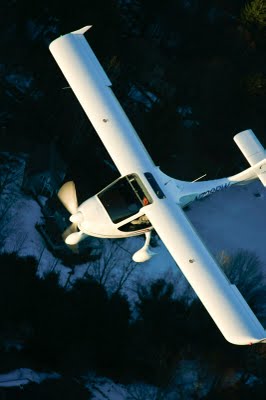 An important development in the globalization of sport flight was just announced by Flight Design, the German maker of the CT line of LSA that leads in sales here in the U.S. *** The parent company announced its CT line had received Type Design Approval TDA-LSA-0001A from the Civil Aviation Administration of China (CAAC), as well as a Chinese Production Certificate. *** That number is important: the CT will forever be the very first foreign LSA allowed to be sold in China. Although the Skycatcher is in fact manufactured for Cessna in China, it is not yet certified to be sold and flown in China, though that day can’t be too far down the road. *** The potential benefit to sport aviation is huge. *** Not only is China reportedly building general aviation airports all over the huge nation – a significant change from earlier domestic policy to help its exploding middle class enjoy the fruits of its labors – but its willingness to allow foreign manufacturers to sell their wares signals the first wave of what could prove to be a huge market worldwide. *** American manufacturers are surely going to want to be in on this potential boom as it unfolds. *** Flight Design’s CEO Matthias Betsch noted that the company underwent a full certification audit process for the approval. Chinese authorities, according to the news release, were complimentary of Flight Design for its high production quality, good flying track record and ongoing attention to improving the CT line. *** More than 1,500 Flight Design aircraft are now operational in 39 countries world wide. *** And with LAMA, EASA, ISO TUV Nord and now CAAC approval, the company’s global prestige can’t help but expand. *** We’re not just in Kansas any more, Toto.