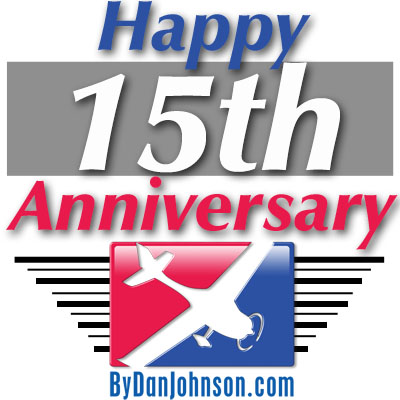 After the rush of daily reporting from Sun ‘n Fun 2019 and Aero Friedrichshafen 2019 and after a short break following these wonderful, if intensely busy, shows — it’s slightly past due to wish this website a Happy 15th Anniversary!

From a handful of readers back in 2004 — when the World Wide Web was a mere nine years old — today this website reaches a global audience that draws more than 60,000 monthly viewers.

ByDanJohnson.com launched April 1st, 2004. This seemed clairvoyant when later that year, the long-awaited Light-Sport Aircraft / Sport Pilot regulation was released (in September of 2004).

In that decade and a half, the LSA or LSA-like fleet around the world has swelled to more than 66,000 aircraft (see our chart) and this website communicates to nearly all of them sometime during every month. Viewed globally, this remains aviation’s fastest-growing sector and we try to cover it all.

When FAA announced the soon-to-be-released LSA / SP rule at Oshkosh 2004, FAA Administrator Marion Blakey went for a flight in a Quicksilver in the Ultralight Area. This was our very first news story and we’ve not slowed since.

LSA industry development has been agile and flexible. Early teething problems were solved such that today regulators are satisfied and the safety record is good. The customer is served a wide range of choices and service is generally good. Family businesses are common among vendors.

The whole experiment has worked so well that the new Part 23 certified aircraft regulation will be modeled significantly after the LSA experience, industry standards and all.

It has been a great performance and I’ve gotten to observe from the best seat in the house. Between writing and video, the output approaches 200 stories a year. I sincerely thank each and every one of you for your visits, for your loyal support of our reporting in news and video, but mainly for pursuing your interest in flying and affordable aircraft. The latter is our entire focus.

We could not publish this website without the talented folks who design, manufacture, and distribute their fine aircraft or flying gear. Please thank those whose advertisements appear on either side of this news because their support is essential. We are deeply grateful for many individual members but advertising is what pays most of our bills, just as it does for tech behemoths like Google and Facebook. It’s the way of the Web. All our content is free to all viewers; all we ask is your email for features like PlaneFinder 2.0. 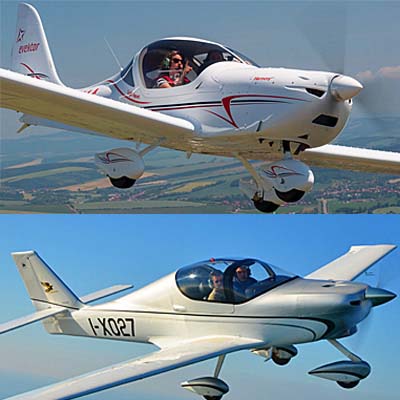 ByDanJohnson.com does not cover certified aircraft, commercial aviation, helicopters, airships, or space travel …although I find all those categories interesting. The good news for those segments is you have many great outlets, online or in print, that cover those activities in great detail. I’m happy we have them and I wish them the best. I know most of the journalists in this space and am humbled to be one of them.

I have focused this website like a laser beam on three categories: Light-Sport Aircraft, Sport Pilot kits, and Ultralights — and we will maintain our tight attention on those aircraft and them alone. We hope (and believe) you like it that way.

In 2008, Dave Loveman approached me about working with him to do video. He’d made the jump from selling a video magazine to YouTube and because he was early with that — as this website was with embracing the Web — his Ultralight News channel has risen to more than 50,000 subscribers. Search for any light aircraft and Dave’s YouTube channel is likely to be the first entry on Google. 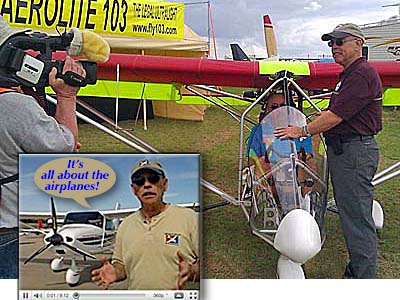 Over these 11 years, I have performed more than 600 video interviews for Dave’s channel. We’ve talked to nearly everyone in the business, many more than once, some several times. A few years later we started doing Video Pilot Reports (VPRs) and we have a growing library of in-flight reviews.

Most recently, I’ve established the ByDanJohnson YouTube channel where mini-videos (2-3 minutes) can be found. These don’t offer the full production of Ultralight News but do offer my own walk-around view of airplanes we examine at shows.

My often-repeated line is… “I love what I do and I hope it shows.” Based on many kind words I receive at shows, the written and video work must fill a need and I’m deeply honored to play my role.