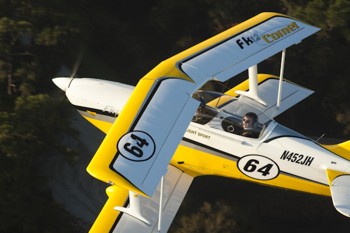 The fabulous FK-12 Comet. is being outfitted with an aerobatic Lycoming 233 engine 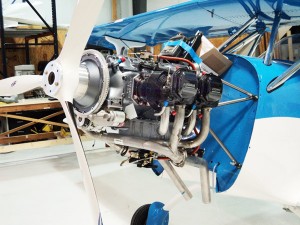 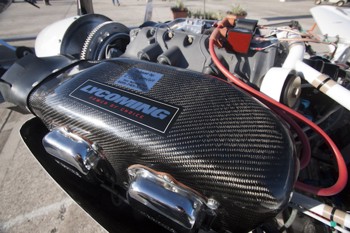 The Lycoming 233 LSA in a Renegade Falcon 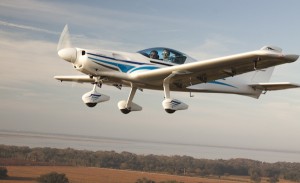 Camo and combat and races, oh my! 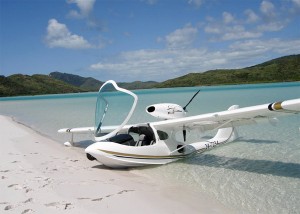 The SeaMax amphib is getting a Lycoming 233 soon too!

I’ve been a (budget) international jet setter the last couple months so figured it was time to update through an e-chat with *** Chris “Doc” Bailey, who’s heading up a hydra-like push at Renegade Light Sport to get the Lycoming IO-233-LSA engine in as many birds as possible. *** I’ve talked before about the many-pronged attack Doc and crew have been making to test and distribute the new 233 powerplant. A lot of folks who have always flown “conventional” aircraft engines and haven’t been won over by Rotax’s 2000 TBO and excellent safety record have been following Doc’s development work closely. *** As you can see, the Renegade Falcon, which also mounts the Lyc 233, is a real dazzler of an SLSA. It’s in production, a few have been delivered with more on the books, and recently Doc’s been outfitting the FK12 Comet biplane with the AE (aerobatic) version of the 233 powerplant (see my story on the nifty bipe with Rotax power in this issue of Plane & Pilot) . *** Without further intro, here’s the ever-voluble Doc Bailey’s enthusiastic update on all the irons Renegade has in the fire: *** “We are in the final stages of getting our Comet up and running with the new Lycoming AE IO 233 engine. We have been tasked by the Hansen brothers to install the engines in their Comet as well. We will be installing all the Lycoming Comets in the US. *** “We also are the new distributor for the Comet in the central and western United States. *** “We are pulling out all the stops on ours. It has 8″ Synthetic vision display, a smoker, Sensenich ground adjustable props (we have the first two for Lycoming ever made for production), fuel injection electronic ignition system, Vetterman cross tube exhaust system…the works… *** “We also hope to represent the SeaMax, and will put the Lycoming engine in that baby too. We plan to give ICON A5 fans a run for their money with this Lycoming-powered SLSA Amphibian that we think will take off in less than 400 feet on water. Plus we can give our clients a delivery date. *** “We’re also testing a new full FADEC (http://en.wikipedia.org/wiki/FADEC) system for the Lycoming engines and just introduced our new mock landing gear panel so students can train for retractable gear in our Falcon 141 trainer. It’s really cool… pull the gear switch down and the three lights comes on as if they were locking the gear down. Should you forget, the audio alarm goes off at 45 knots just before flare speed to remind the pilot he’s about to land with the “gear up”. *** “We plan to fly three Comets to Oshkosh this year… Our orange one will be in the Lycoming tent, along with the Falcon (it’s third straight year.) *** “Our permanent Comet (aerobatic) demo plane is getting it’s certification Monday or Tuesday. *** And we are going to start a SAR Sport Aviation-style race circuit with the Comets and Falcons competing for the Comet cup. This will be like a Red Bull race course only all the aircraft will be set up exactly alike so there is no individual performance advantage, much like an IROC event. *** “It will be the skill of the pilot that day that wins, not the superior aircraft. The other great thing is what the clients watch race on Sunday they can buy right from the factory on Monday. Also during the course of the season competitors can never fly the same plane twice. Truly it will be races set up for the best pilots, not the superior machines: two races per day per pilot, best combine times win. *** “We are looking for sponsors such as Garmin, Monster, Budweiser etc … They will in fact own the racing aircraft. We already have Kansas NASCAR Speedway wanting to hold the first event. We think that at this point the aircraft will be weighing only 745 pounds and have an HP rating of 124 hp. *** “This truly should be a huge boost for Sport Aviation.” *** But wait folks…there’s more! *** “Then we have Tim Benham, an F 14 combat pilot, who has been one of our dealers for two years. He is an instructor for Annapolis cadets, was an instructor at *** NAS Miramar at the TOP GUN school. He’s getting our dog fighting school up and going. We will attach a laser tag system to the aircraft with small smokers. If the laser light hits, it smokes for a couple of seconds. A heavy hit smokes for about 5 seconds and with a ‘kill’ shot the smoker comes on and stays on shut off by the losing pilot. This can be done in the Comet and the Lycoming AE IO 233 Falcon as well. *** “Both are 6G (load factor) planes and this is going to be really exciting. We painted our tail dragger like a P40 and it just grew from there… *** “We will paint some aircraft like ME-109s, Japanese Zeros and of course our hero the P40. This should come to fruition by December or so. We are testing the laser systems now and outrigging the AE engines in the Falcon and Comets now.” *** Thanks for the update Doc…now get back to work! *** ***