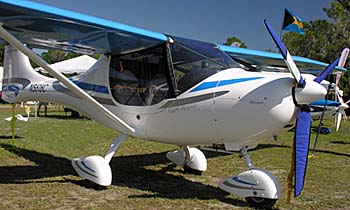 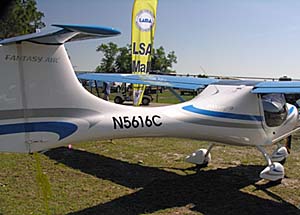 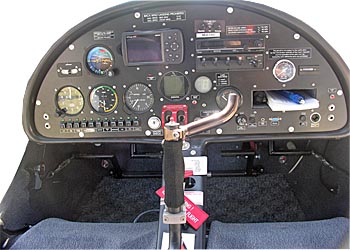 One of the early success stories in Light-Sport aviation was the Allegro. The #3 Special LSA to be approved started out so strong that even after three years of no sales following the collapse of the Czech Fantasy Air company, Allegro still holds the #14 spot on the SLSA Market Share chart. When Fantasy Air ceased manufacturing many wrote off the metal wing, composite fuselage LSA. They judged too soon. *** Importers Doug and Betty Hempstead took a hit when Fantasy Air went down, but they picked each other up, dusted themselves off, and set a plan in motion to build the Allegro in America. The first effort went south when a west coast manufacturing facility closed its doors last year. Most folks would’ve given up for good, but Doug and Betty are tenacious aviation entrepreneurs. A few days after Sun ‘n Fun 2011, they went home and anxiously awaited a visit from the North Carolina governor. The NC Gov’ came to announce cash incentives, thus the tortured Allegro story took a very positive turn. The state’s One North Carolina Fund is kicking in $136,000 along with a reported $400,000 from the company. *** The headline blared: 34 jobs Flying to Halifax County; LSA America to Locate in Halifax Thanks to a State Grant. Eyewitness News 9 writer George Crocker published a story on April 6, 2011 just three days after Sun ‘n Fun ended. Crocker reported,”Governor Bev Perdue announced that LSA America will build a new production facility at the Halifax-Northampton Regional Airport [creating] 34 jobs.” Governor Perdue stated, “As we work to put more North Carolinians back to work we have focused on creating 21st century jobs, and that includes creating an aerospace cluster in our state with companies such as LSA America. Our efforts to expand this fast-growing industry will continue to create jobs in Halifax County and around the state.” *** While declining to reveal his big news at Sun ‘n Fun, Doug stated at the official ceremony, “LSA America is very pleased to establish production of its Allegro Light-Sport Aircraft in North Carolina with its rich aviation history. The incentives and dedicated people we worked with made North Carolina and Halifax County an easy choice.” *** Other politicians — such as Representative Angela Bryant, of Rocky Mount NC and Senator Ed Jones, of Enfield, NC — were equally happy to celebrate new jobs coming from LSA America’s plans. *** Those securing work will be happy but so will Yankee pilots who can now welcome a handsome LSA to American soil. Hempstead reported he acquired all design rights, tooling, and a considerable parts inventory. Knowledgeable Czech experts are coming soon to help establish the new operation, he said, and by summer or fall, buyers can evaluate this modestly-priced and good flying LSA in a new way… as a Made in the USA airplane. I say, give a big hand to the Hempsteads!