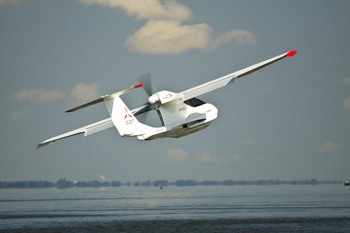 The long-awaited Icon A5 inks a manufacturing deal with Cirrus 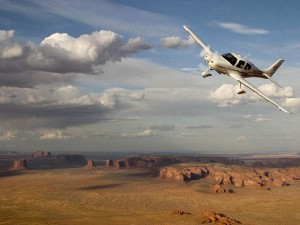 Top General Aviation manufacturer *** Cirrus Aircraft, which makes the Cirrus line of four-seat, all-composite aircraft, just announced it’s partnering with another composite company, one that’s had its share of delays in getting to market: Icon Aircraft. *** The Icon A5, a sleek, highly-promoted amphibian SLSA, has gathered several hundred orders although the company, formed in 2005, is still in development testing. Its latest production estimate is another year off. *** Cirrus said it expects to add up to 60 jobs at its Grand Forks, N.D., plant as it manufactures a large portion of the A5. *** ICON says it sought the partnership with Cirrus “because of its reputation for quality composite airframes in its SR-20 and SR-22 planes.” *** For its part, Cirrus, which originally planned to rebadge and market a sleek, European-built SLSA of its own back in the beginning of the Light Sport era (2004), says the partnership will give it a horse in the new category. *** The A5′s components will be made alongside Cirrus components in Grand Forks. Final assembly of the A5 will take place at ICON’s plant in Tehachapi, Calif., which is ironically a capital for soaring flight, in the mountains an hour north of Los Angeles. *** Cirrus has struggled in recent years with the downturn in the economy – that’s reportedly why it dropped its own SLSA project a few years ago- but the recent infusion of $100 million in capital from the China Aviation Industry General Aircraft Co. to advance the Cirrus Vision SF-50 V-tailed light jet project has brightened the company’s outlook.