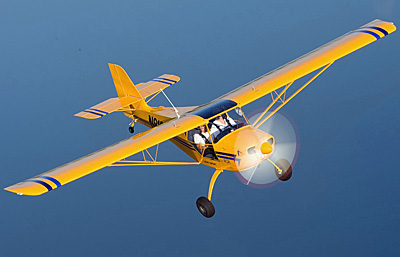 Aerotrek has steadily risen from an unknown brand to the #9 position in the all-time-fleet market share. The brand is one of only ten that have registered more than 100 aircraft in the United States. Excellent prices help but that’s not the whole story.

You hear about some of the top brands all the time but Aerotrek is a hare-and-tortoise story where steady progress wins over flashier marketing and wow features.

At the heart of this success is Rob Rollison, arguably one of the most experienced men in the LSA space.

Pilots Like ’em Big — It seems pilots love an ever-bigger engine. …or ever-bigger digital screens. …or ever-bigger cockpits. Indeed, pilots may like all those things bigger but tires go right along with the big thing. If “tundra” tires are good, then “Alaska” tires are better, and even bigger Alaska tires are just right. …apparently. 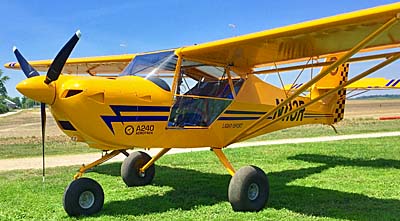 “Funny enough,” Rob wrote, “for the last nine years since I also began bringing the Aeropro taildraggers into the U.S., where I originally only brought in the tricycle-gear planes. Our sales have been almost exactly 50/50 tricycle/taildragger. In the last 10 months, though, the ratio has swung heavily to tricycle-gear.”

“I think there are a number of reasons, including the people buying planes tend to be those who had been holding back a bit waiting for the new Medical rules to be a great deal more liberal than they turned out to be. I think they were hoping for the same as our LSA, no-FAA-medical-required rules.” 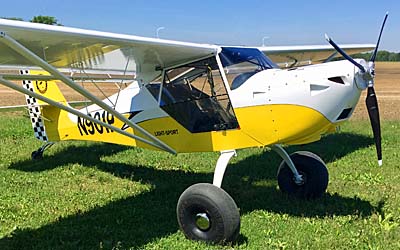 “Of course, with our A220 taildragger we can put even bigger tires on the plane.” Pictured is the most recent A220 delivered with the 26-inch diameter Alaska Bushwheels tires.

Regarding instrument panel options, Rob added, “Our latest-version instrument panel allows for an full-size (9.7-inch) iPad to be mounted on the panel horizontally with ADS-B showing the FAA aircraft traffic and weather. This makes for an extremely user-friendly and information rich panel that makes flying easier and safer. We offer the 2020-compliant ADS-B In/Out system for just $1,495 as an option for our planes.”

I have known Rob Rollison for more years than either of us might feel comfortable acknowledging. We’ve both been in the sport and recreational aircraft scene for many years. Over those years, I have come to recognize Rob’s wisdom and I enjoy asking him for his thoughts. Here’s a sampling…

Aerotrek kits — “I get lots of email and calls asking about ‘kits.’ We don’t sell kits, never have, and never will sell the Aeropro planes as kits (Aeropro is the European manufacturer of his Aerotrek aircraft.) “I refer them to [other companies] though they usually figure out they will probably do better to buy one of our ready-to-fly SLSA planes than buy a kit.”

Still climbing the charts — “Business is going good. We’re sold-out until the two planes that will arrive in early-November, and last week I sold one of those two planes.” For years, Rob has sold out his aircraft in process. In speaking to many of his customers at airshows and elsewhere, I cannot think of one that did anything but rave about Rob’s sense of customer service, no doubt a reason for his continuing success. 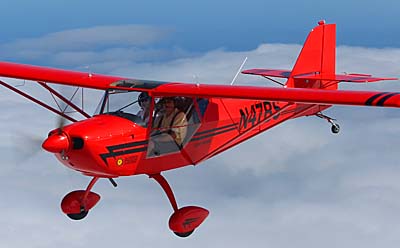 “BasicMed” — “This thing has, from everything I can tell, turned-out to be a bummer/non-starter for just about everybody that might have been interested in LSA-type aircraft. Some of these were holding back, hoping that the pending new rules were going to just do away with the Third Class Medical completely.  Instead, what we got [BasicMed] really won’t work well, or whatsoever, for most people that might buy our sort of LSA planes. So, they are back.”

What Rob says here is similar to what I have heard from many other LSA or light kit vendors. While I hear the new program is working well for some GA pilots who want to keep flying their older certified fill-in-the-blank airplane, BasicMed nonetheless comes with complications and challenges.

Meanwhile, Rob continues to rack up sales and climb the charts while putting smiles on the faces of his pilots. You have to applaud that performance.